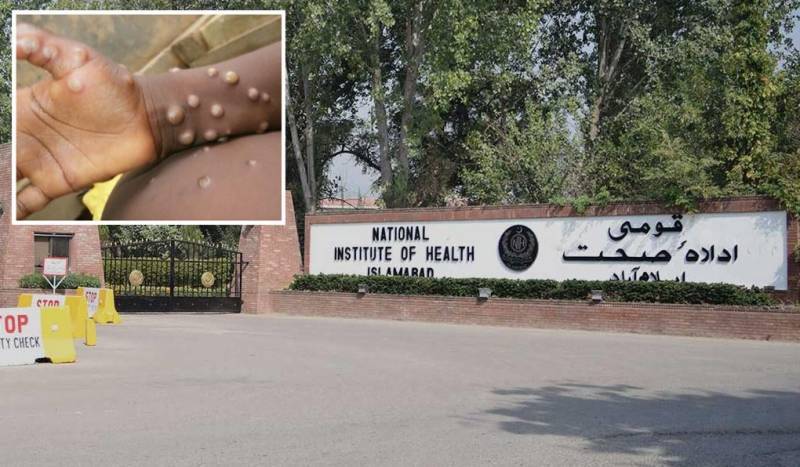 ISLAMABAD – Pakistan’s National Institute of Health confirmed on Tuesday that no cases of monkeypox have been detected in the South Asian country so far, amid reports about the detection of new cases on social media.

The spokesperson of NIH, termed the news circulating on social media as incorrect, adding that the situation was being closely monitored by the health authorities.

The federal and provincial health authorities were instructed to remain on high alert for any suspected case, according to the official.

The National Institutes of Health (NIH), Islamabad clarifies that NO case of Monkeypox, has yet been diagnosed in Pakistan. The news circulating on social media about monkeypox cases is incorrect.
The situation is being closely monitored by the health authorities.#monkeypox

The top health body stated that timely detection is crucial for prompt implementation of preventive measures and all public and private hospitals.

Meanwhile, reports in local media claimed that currently there is no facility for diagnostic tests for the zoonotic virus in the country. It was learned that authorities are trying to procure testing kits. As of now, the health experts can declare a patient as a suspected case by looking at the symptoms.

Monkeypox is a rare viral infection in which a patient develops a rash within one to three days after the appearance of a fever. Headache, muscle pain, exhaustion and lymphadenopathy are other symptoms.

ISLAMABAD – Pakistan has restored the country’s nerve center on the Covid pandemic, days after Prime ...

The incubation period is usually seven to 14 days but can range from five to 21 days. The illness typically lasts for two to four weeks.