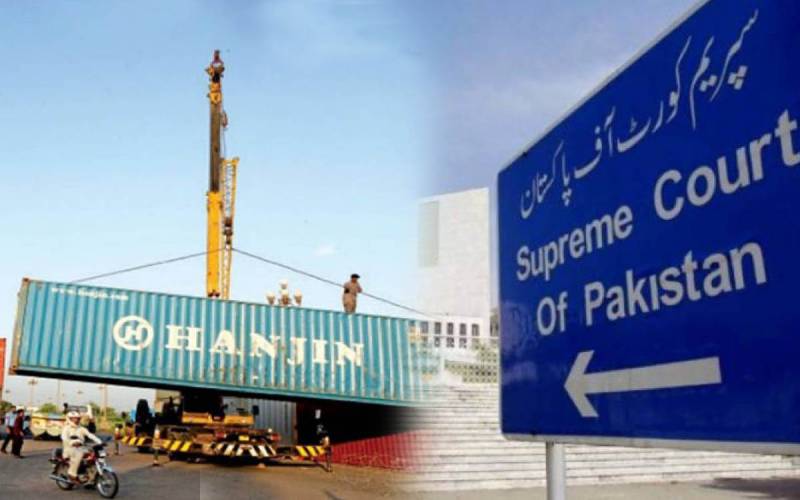 ISLAMABAD – The Supreme Court of Pakistan has approved the petition against the blockades in the country’s federal capital and a crackdown on political workers ahead of the PTI’s long march.

Reports in local media said the Islamabad High Court Bar Association (IHCBA) filed the petition which is set for hearing on Wednesday (tomorrow). IHCBA President Muhammad Shoaib Shaheen. Secretary interior ministry and secretaries of all four provinces have been made respondents.

IHCBA moved to the apex court as the federal government ordered to erect barriers to stop the marchers from reaching the federal capital.

The complainant maintained that the roads and highways were being blocked to prevent people from reaching their destinations, citing deprivation of the fundamental rights of the citizens.

IHCBA officials stated that the freedom of movement is the fundamental right of all Pakistanis and all state institutions are bound to obey the Constitution.

Agitators are bound not to disturb or violate the fundamental rights of other citizens and abide by the provisions of the Constitution, it stated.

ISLAMABAD – The PML-N-led government has launched a crackdown on political leaders and workers associated with ...

The petitioner also mentioned the crackdown against political workers and activists without any lawful justification and requested the court to order the authorities to unblock roads and highways and not to create hindrances in the movement of the citizens.

ISLAMABAD – The PML-N-led government has launched a crackdown on political leaders and workers associated with ...

The development comes as police have detained hundreds of supporters of Imran Khan’s Pakistan Tehreek-e-Insaf (PTI) party ahead of a much-anticipated march planned by the defiant politician.

Amid the crackdown, a cops was also killed in the Punjab capital during one such raid at the residence of a PTI leader. The incident prompted the government in most populous region to impose section 144 which bans the assembly of four or more people.