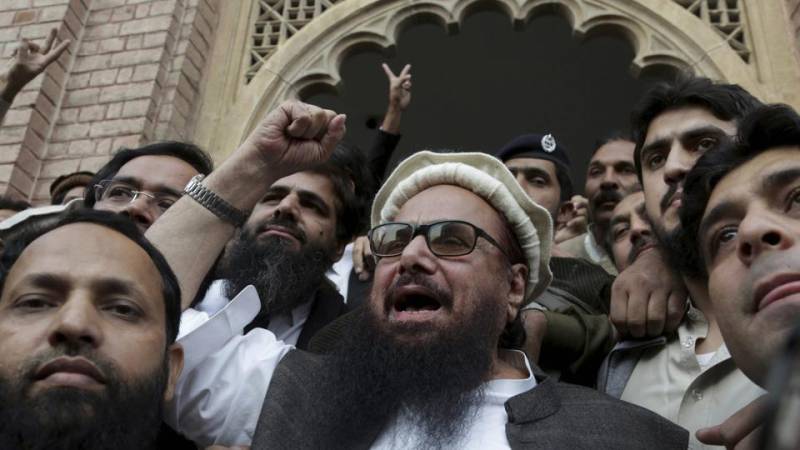 In a brief media interaction after offering Friday prayer, the JuD chief also narrated his version as to why Nawaz Sharif was disqualified.

'Nawaz Sharif asks why he was ousted? I tell him he was ousted because he committed treason against Pakistan by developing friendship with Modi, killers of thousands of Muslims,' Saeed said.

The JuD chief went a mile more and maintained that Nawaz deserved to be removed for his peace overtures with Indian Prime Minister Narendra Modi.

The religious personality also vowed to keep his struggle intact for the liberation of Indian-occupied-Kashmir.

'I fight for the case of Kashmiris. I will gather the people from across the country for the cause of Kashmir and we will try to help Kashmiris get their destination of freedom'.

Saeed, who has a $10 million US bounty on his head was freed by Lahore High Court after 11 months of house arrest.

Saeed was placed under house arrest in January while Nawaz was still prime minister.

He has been accused by the United States and India of masterminding the 2008 attacks on the Indian financial hub Mumbai that left 166 people dead. He, however, has repeatedly denied involvement in the 2008 Mumbai attacks.