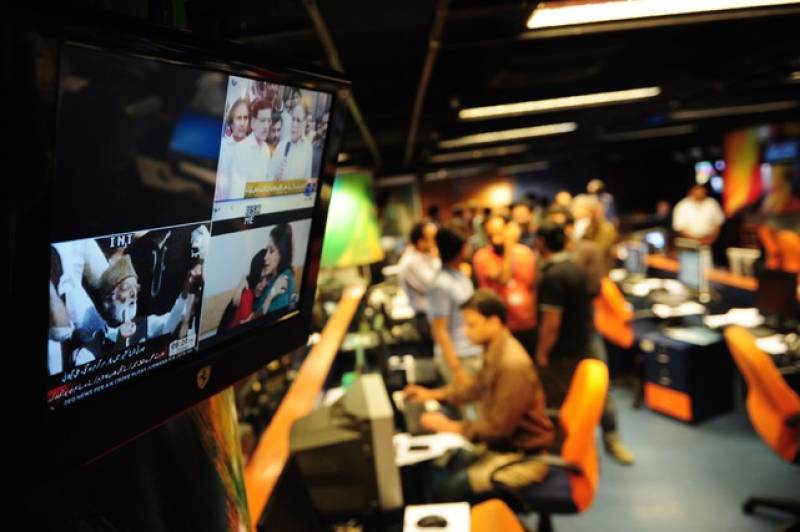 ISLAMABAD - The Supreme Court has ordered Geo News to pay penalties for not submitting receipts of tax payments to the court.

A three-member bench, headed by Chief Justice of Pakistan (CJP) Mian Saqib Nisar heard a case pertaining to sales tax evasion against Geo News on Tuesday with the top judge saying, he does not care about anything except the state.

During the hearing, the top judge passes point-blank remarks and said the propaganda by the channel against him will make no difference.

'Geo News has not paid a single penny for the Diamer-Bhasha dam fund and I do not care how many programmes Shahzaib Khanzada does against me, lamented the top judge.

During the hearing, Geo‘s counsel Khalid Latif informed the court that all taxes have been paid adding that according to the channel, taxes were not applicable but he insisted the stance was wrong.

'Taxes did apply to  Geo News,' he said.

Latif informed the court that Geo News has paid all the taxes and the only issue remaining pertains to the penalty for not paying taxes.

To this, the chief justice wondered how the Federal Board of Revenue’s (FBR) amnesty scheme could apply to provincial taxes, observing that no one was allowed to simultaneously benefit from two schemes.

'Did Geo group hold a marathon transmission for dam funds? Geo has not taken lead over the dam issue even though it is the biggest of all channels,' he observed.