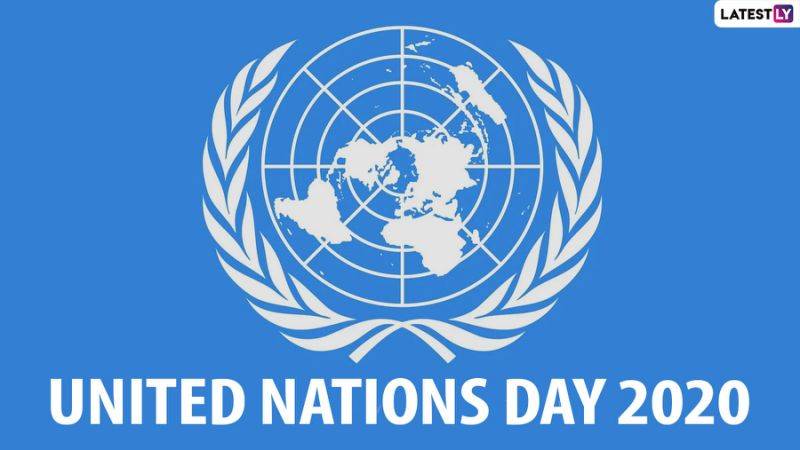 ISLAMABAD - The 75th anniversary of the United Nations (UN) is being observed today (Saturday).

This year the anniversary is marked at a time of great disruption for the world, compounded by an unprecedented global health crisis with severe economic and social impacts.

During this year, the United Nations has expressed commitment to deal with the Corona Pandemic and pressing challenges like climate crisis, inequalities, new forms of violence, and rapid changes in technology and to achieve the Sustainable Development Goals, the Radio Pakistan reported.

President Dr Arif Alvi and Prime Minister Imran Khan in their separate messages on the occasion of 75th anniversary of the UN have said that this day is a stark reminder of unfulfilled promises to the people of Jammu and Kashmir for fulfilment of their right to self-determination.

President Dr Arif Alvi in his message said all the UN bodies, including the Security Council, must press the Indian government to end atrocities in the Illegally Occupied Jammu and Kashmir, lift the continuing military siege, and remove restrictions on communication movement and peaceful assembly.

Prime Minister Imran Khan in his message said the people of Jammu and Kashmir are still awaiting the fulfillment of commitment made to them by the United Nations to exercise their right to self-determination.

He urged the international community, especially the Security Council, to exercise its moral, legal, political and diplomatic authority to implement UN Security Council resolutions on Jammu and Kashmir.

He said Pakistan is proud to play its part in upholding universal values to protect and safeguard human rights and fundamental freedoms for all.