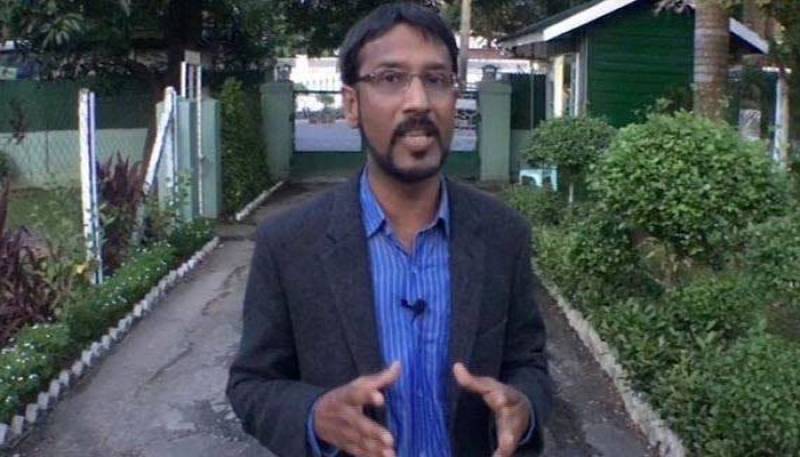 KARACHI – Reporter Ali Imran Syed who works for a private news channel went missing after he had reportedly gone to a nearby bakery but did not return home on Friday.

His wife told the police that he had left his car and mobile phone at home before leaving. Private news channel and his family have informed the police. FIR has registered at Sachal police station. The police said that they will visit the site and obtain CCTV footage for investigations.

The Crime Reporters Association in Karachi has expressed its concerns over the disappearance and demanded that the police immediately begin investigations into the case.

Imran was one of the first reporters to break the CCTV footage of the PML-N’s Captain (retd) Safdar Awan being arrested from the Avari Towers.

CM Sindh has taken notice & spoken to IG Sindh. The matter is being investigated. Will keep u informed about the progress. Insha’Allah all efforts will be made for his recovery https://t.co/b6egpNuiRj

Minister for Information and Broadcasting Shibli Faraz prayed for the journalist’s safety and hoped that he reunites with his family soon.

Disappearance of Syed Ali Imran an outstanding and very hardworking Geo News reporter is a matter of extreme concern and shock. The police should recover him without further delay and the Sindh Govt must break its silence on this horrific incident. pic.twitter.com/oC2BZUHgzv

Responding to the development, Amnesty International said Syed was “feared to have been subjected to an enforced disappearance for his reporting”.

Pakistan: Ali Imran Syed, a reporter for Geo News, has been missing from Karachi since yesterday and feared to have been subject to an enforced disappearance for his reporting. The authorities must establish his whereabouts immediately. #JournalismIsNotACrime #EndDisappearances