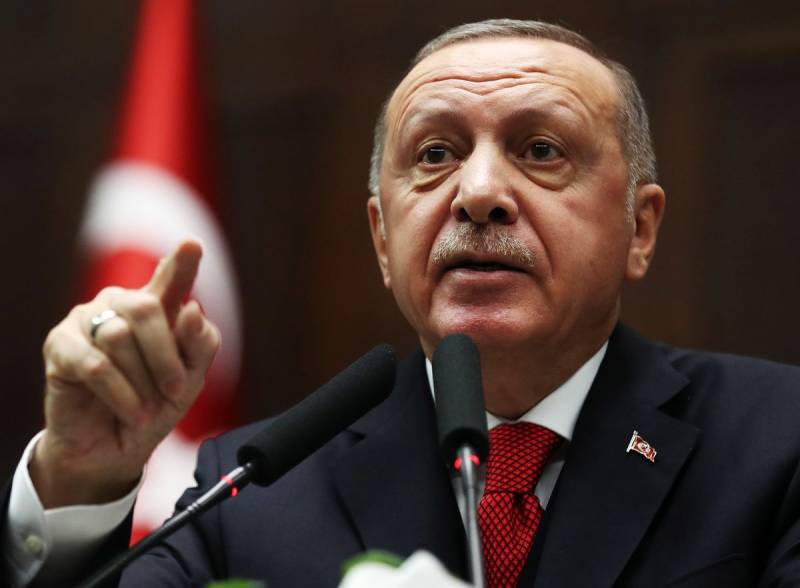 ISTANBUL – Turkish President Recep Tayyip Erdogan Saturday moved to expel the envoys of 10 Western countries, including the US and Germany, for demanding the release of Osman Kavala – a jailed businessperson.

The Justice and Development Party leader, said “I have ordered our foreign minister to declare these ambassadors as persona non grata as soon as possible” – referring to a term used in diplomacy which signifies the first step before expulsion.

“They must know and understand Turkey,” Erdogan said during a televised speech in which he accused them of indecency.

The envoys of 10 countries issued an unusual joint statement saying the continued detention of activist and philanthropist Osman Kavala ‘cast a shadow’ over Turkey.

The ambassadors, who called for a speedy resolution to Omsan’s case, belong to the US, Germany, Canada, Denmark, Finland, France, the Netherlands, New Zealand, Norway, and Sweden.

Osman Kavala was detained around four years ago and sent to maximum-security prison after being charged with attempting to overthrow the constitutional order for allegedly financing 2013 anti-government protests.

The charges were dropped last year, but the 64-year-old was then faced with additional charges of allegedly taking part in a 2016 coup attempt.

In a statement, officials said that ambassadors were summoned to the Ministry of Foreign Affairs this morning.

Meanwhile, it is yet not clear if the Turkish President’s recent call to remove the diplomats is final. Turkish foreign minister Mevlüt Çavuşoğlu is currently in South Korea.

Turkey said the decisions of the European Court of Human Rights (ECtHR) are often ignored and not implemented, saying that focusing only on cases related to Turkey to keep the Kavala case on the agenda at all times is “an insincere and double-standard approach” and that the ambassadors had been warned to stay within the responsibilities of their duties.

Earlier in September, the Council of Europe said it would start infringement proceedings against Turkey unless Osman Kavala is released before its next committee of ministers meeting in November.

Experts said if the foreign envoys are expelled, it could be a further blow to the Turkish economy that is already not in good shape.