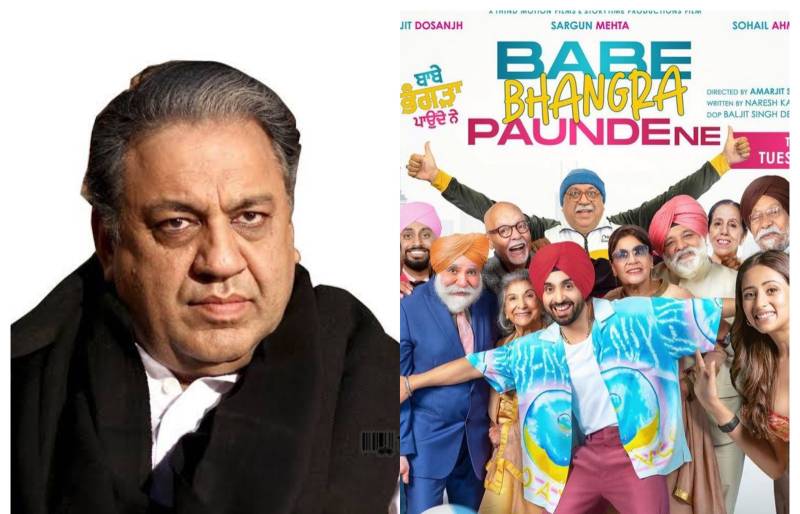 With the trailer released and winning hearts, the fans cant wait to see the veteran actor lighting up the big screen. He’s playing a prominent character who will be a big support for the main lead

The trailer showed that the film is a family comedy. It shows Dosanjh scheming with his friends about making money through various means, one of which is a scheme to adopt a father to get money from an insurance policy.

Ahmed plays his father while Sargun Mehta plays the role of a person who works at an old age home but becomes part of the plan by sharing information about the health conditions of the people where she works.

Directed by Amarjit Singh Saron, Babe Bhangra Paunde Ne will see Diljit Dosanjh and Sargun Mehta in lead roles together for the first time. The movie has reportedly been shot in the USA.

Despite sour relations between Pakistan and India, actors from the two countries continue to work together on different ...