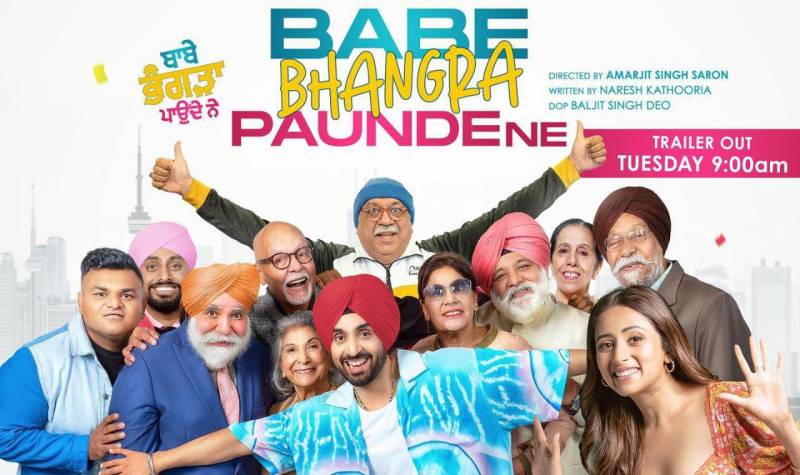 Despite sour relations between Pakistan and India, actors from the two countries continue to work together on different ventures.

The latest entry to a joint India-Pakistan venture is the Pakistani comedy king Sohail Ahmed who is all geared up to portray a character in Indian-Punjabi actor and singer Diljit Dosanjh's upcoming movie Babe Bhangra Paunde Ne.

The news excited fans across the borders who want to see Pakistani and Indian artists collaborating and breaking the barriers to joint ventures. Babe Bhangra Paunde Ne is a comedy, which happens to be Ahmed's forte. The Hasb-e-Haal artist will be seen in one of the leading roles.

The trailer and release date of Babe Bhangra Paunde Ne proved to be a treat for Punjabi fans in both countries. The trailer also revealed that the movie is produced by Hammad Chaudhry, CEO of HKC entertainment, which also belongs to Pakistan.

Directed by Amarjit Singh Saron, Babe Bhangra Paunde Ne will see Diljit Dosanjh and Sargun Mehta in lead roles together for the first time. The movie has reportedly been shot in the USA.

On the professional front, Dosanjh is enjoying the success of Jogi. Dosanjh is also gearing up for Imtiaz Ali’s Amar Singh Chamkila's biopic.

On the other hand, Sohail Ahmed was last seen in London Nahi Jaunga and Chaudhry and Sons.

Famous actor-singer Diljit Dosanjh has been an enthusiastic supporter of the farmers, who are protesting and currently ...