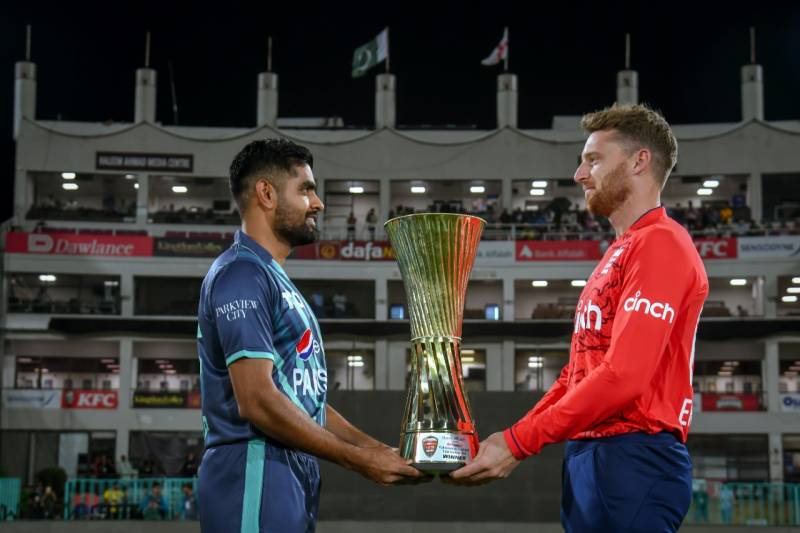 KARACHI – Pakistan and England will face off each other in fourth game of the seven-match T20I series at National Stadium, tomorrow (Sunday).

The match will start at 7:30 pm Pakistan Standard Time.

The visiting team lead the series 2-1 with a comprehensive 63-run win over Pakistan in the third match as host team could not perform up to mark.

England recorded the highest T20I score at this stadium, posting an insurmountable 221 and it was a scorching undefeated 139-run partnership between youngsters Ben Duckett and Harry Brook that made it possible.

However, Pakistan team could score only 158 runs in 20 overs while chasing the mammoth target.

In second match, Pakistan handed a humiliating defeat to England as they chased down the target of 201 runs without losing a single wicket.