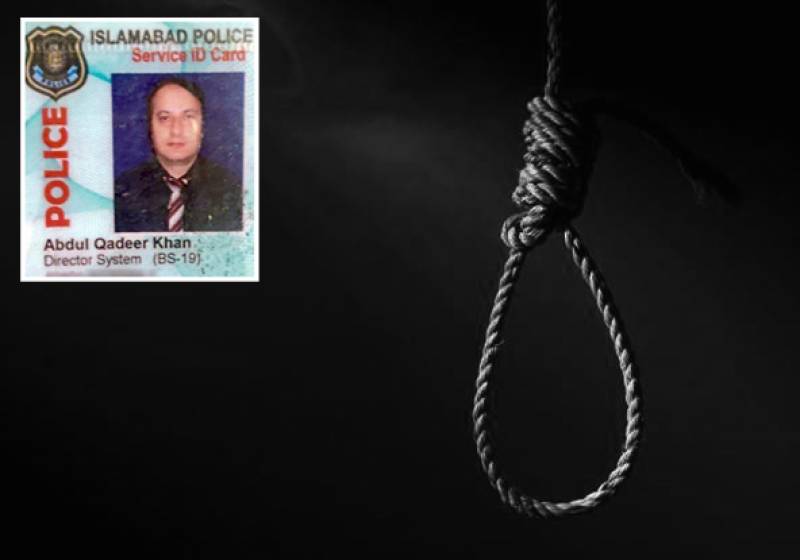 ISLAMABAD – The body of the director systems of the Islamabad Safe City Project was found hanging at his residence in the country’s federal capital, police said Saturday.

Abdul Qadeer, a grade 19 officer of Islamabad police, was found hanging from a ceiling fan with a rope when the cops arrived. The deceased worked for NTC and was serving in Islamabad Police on deputation.

Officials said that the incident seemed to be a suicide but investigations are underway to find any foul play.

The top cop of the capital force took notice of the incident and directed the DIG Operations to investigate the death from every angle; while the dead body was sent for the medico-legal procedure.

Islamabad police in a tweet said further details will be shared after the completion of the probe. Meanwhile, no family member of the deceased commented on the matter till the filing of the story.

Abdul Qadeer was currently serving in the Safe City Project which was launched in 2014 to counter terrorism and criminal activities by monitoring the movement of people through the security cameras in the city.

LAHORE – A government officer ended his life in his residence in the provincial capital, a day ago after being ...