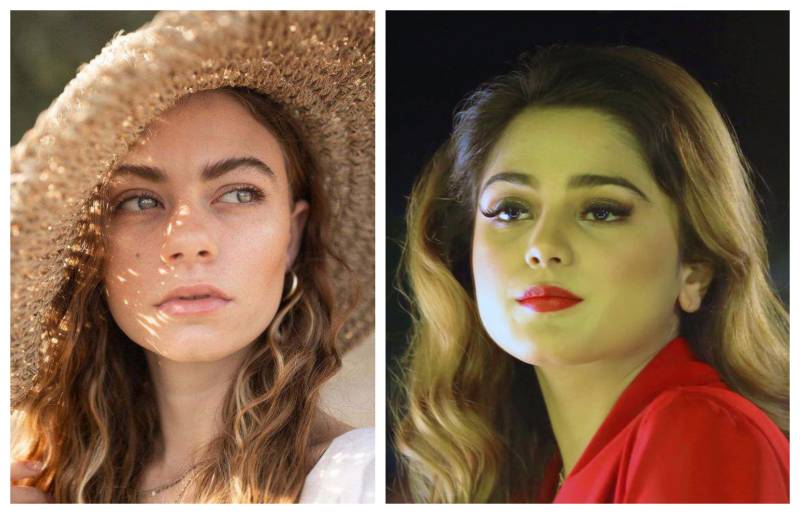 Even as the Kaif o Suroor singer issued a statement about her breakup with her ex-fiancé this week, Taloulah has come up with new revelations in a YouTube video.

She claimed that Aima had shared fake screenshots and lied about the rape allegations. The British model claims that Aima cheated on Shahbaz Shigri with her ex-boyfriend and filmmaker Qes Ahmed while they were still together.

“I’ve never got these messages. These are fake, if you look at the screenshots she blurred my name. I always speak in voice notes. I am giving you (Aima) permission to share our voice notes conversation. Share the actual conversation between the two of us,” Taloulah said.

The British model added, “I am sorry this backlash is hurting you, but you are not the only one who has gone through this pain. When you had an affair you hurt a lot of people. There was your fiancé, who probably has no idea, he was waiting for you to return home after ‘your trip’.”

However, the British model responded that she was from the West and that if she had been doing this for fame she would have chosen someone from the West. She also claimed to know the destination chosen by Qes and Aima for their fling.

“The other allegation she put on me was that I am doing this for fame, until you had an affair with my boyfriend I had even not heard your name. I don’t know who Aima was. When somebody told me that my boyfriend spending some time with a girl in Dubai then the first time I came to know about you,” Taloulah said. The model advised Aima to own up to her mistakes and stop making it personal.

On the work front, popular singers Asim Azhar, Aima Baig and the Young Stunners are getting together for a concert that will donate all its proceeds to flood relief efforts.