Shahzad, who was standing in his first game as captain for Khyber Pakhtunkhwa in Pakistan Cup, failed to reach his half century during a Pakistan Cup game. 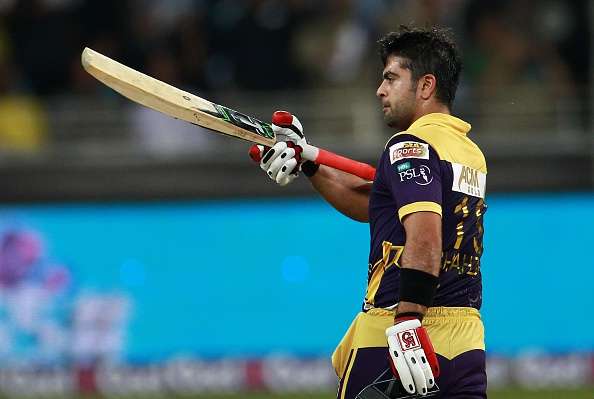 Sources said Shehzad, after failing to complete his century against Balochistan on April 24, smashed the dressing room’s window to vent his anger.

Khyber Pakhtunkhwa won their second contest of Pakistan Cup under Ahmed Shahzad’s captaincy against Balochistan on Sunday. Shahzad, who was leading KPK after Younis Khan left Pakistan Cup in midway due to poor umpiring, won the toss and elected to bat first.

The acting skipper led from the front as scored 79 off 70 deliveries. KPK lost two early wickets, they were 44/2. Shahzad had a handy partnership with the young Zohaib Khan. The two contributed 75 runs together before Azhar Ali removed Ahmed Shahzad.

Shehzad will pay for the broken glass from his match fees, sources said. However, the Pakistan Cricket Board (PCB) is yet to take note of the incident.

Ahmed Shehzad, however, denies breaking the glass of dressing room in frustration.

Talking to a private news channel, the cricketer said that such rumors were not true. He clarified that his bag was placed beside the glass and while keeping his bat over there he accidentally broke that.

Shehzad said that he wanted to clear the air and controversy that was brewing because he is the captain of the side and he feels that it is his responsibility to clarify such a situation.

He also denied receiving any notice from the Pakistan Cricket Board.