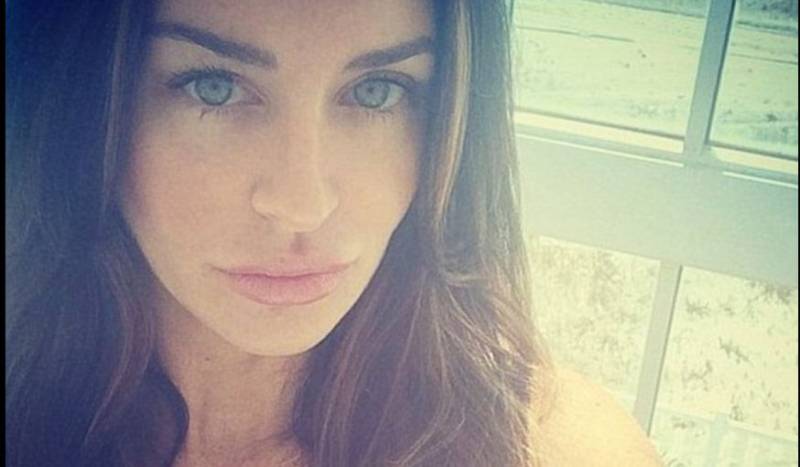 PENNSYLVANIA - Mystery surrounds the death of a former Playboy model who was found strangled in her bedroom in Pennsylvania Wednesday night. Christina Kraft, 36, has been identified as the victim of the suspicious homicide that occurred in her condo on Sibley Avenue in the west side suburb of Ardmore.

The town's Police was called to Kraft's residence around 9.15pm to perform a welfare check on the brunette bombshell and she was found dead in her bed. Police have not confirmed who initiated the wellness check, reports local newspaper.

An autopsy report revealed the lingerie model died by "ligature strangulation". As of late Thursday night, police had not made any arrests.

Montgomery County District Attorney Kevin Steele and Lower Merion Township Police Superintendent Michael McGrath confirmed in a Thursday statement there do not appear to be a threat to other residents of the upmarket neighborhood at this time.

A resident who also lives in the building told Philly.com that Kraft just moved a week ago.And just three days ago, Kraft reported to police that several pieces of jewelry and designer bags had been stolen, according to ABC 6.

Ardmore resident, Dave Farina, was utterly shocked to learn of the homicide in his community, which he has long considered safe. "I'm praying for them that they find out who did it... and bring them to justice." said the neighbor of the late model.

Aside from her stint with Playboy, the model appeared in Maxim Magazine, Vanity Fair, Victoria's Secret and Smashbox Cosmetics during her glamorous career, her Model Mayhem bio states. The murderer should be hanged and punished for this brutal act in public so no such incident happens in the future.

Kraft's modeling credits include Playboy, Maxim, David Yurman and MAC Cosmetics, according to a profile on a modeling website. In 2016, she was charged with assault in New York City for striking a restaurant staffer. The charges were later dropped.