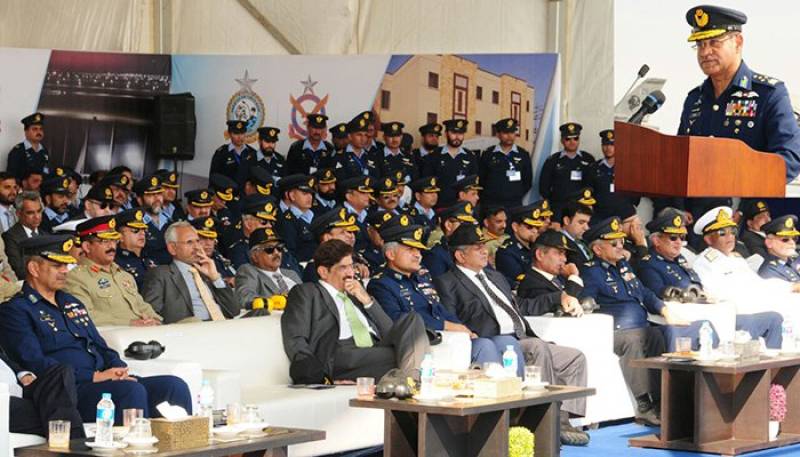 KARACHI - Pakistan Air Force (PAF), in a landmark event in its history, inaugurated a newly established main operating base, PAF Base Bholari (near Karachi), on Monday, said a statement by the PAF.

“Indeed, PAF Base Bholari is a project of strategic significance for capacity enhancement of Pakistan Air Force in operational domain both overland as well as at sea. With the establishment of the Base, PAF would be able to support the land operations of Pak Army more efficiently. More so, PAF Base Bholari would also augment and supplement the very important maritime operations carried out by Pak Navy,” Aman said while addressing the inauguration ceremony.

He further said that besides providing the aerial defence to the motherland, the base would also play a key role in the socio-economic uplift of the adjoining areas by providing state of the art health services, quality education and employment to the locals.

The air base – located northeast of Karachi – is a significant milestone that will not only strengthen the defence of Karachi and the coastline but also provide aerial support to the Pakistan Army and Navy for their land and operations respectively.

Four F-16 aircraft presented a flypast to welcome the guests, including Chief Minister of Sindh Syed Murad Ali Shah, who attended the ceremony as the guest of honour.

The ceremony was attended by Principal Staff Officers of PAF, senior officers of Defence forces and a large number of dignitaries from the government.