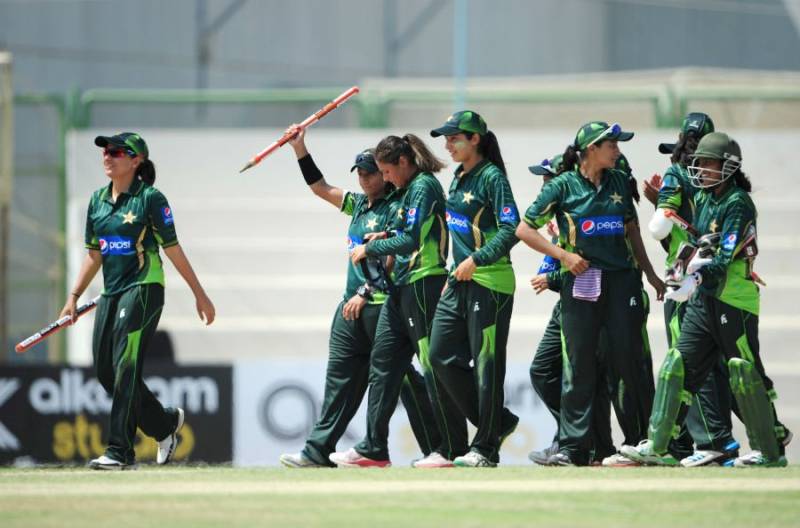 Since the last ICC Women’s T20 World Cup in 2018, Pakistan have featured in 14 T2oIs. They have won six matches, lost seven and one of them ended in a tie – the second of the three-T20Is in Karachi, which the West Indies won in Super Over.

Pakistan are drawn in Group B and, after their tournament opener tomorrow, they will take on England women (28 February) also in Canberra, and South Africa women and Thailand women (1 and 3 March respectively) in Sydney in the ten-team event, which will feature 23 matches, including the final on the international women’s day (Sunday, March 8) across 17 days.

Pakistan’s 15-member squad boasts an exciting blend of young and senior players. On the back of her extraordinary run in the National Triangular T20 Women’s Cricket Championship 2019-20 which saw her accumulate 292 runs, including a century and three half-centuries, at an average of 58.40, Muneeba Ali was recalled in the side.

Ayesha Naseem, an exciting 16-year-old hard-hitting batter, is all set to make her debut, while pacer Aimen Anwar, who is also returning to the national side, is expected to take the new ball with Diana Baig.

The presence of their captain Bismah, who is the only Pakistan batter to have more than 2,000 runs and has the most half-centuries (11) in 106 T20Is from Pakistan, Nida Dar, who has 1,086 runs 92 wickets at an average of 17.82 in 98 T20Is, and Javeria Khan, the second highest run-getter with 1,744 in 97 T20Is, provide the desired shorter-format experience and form the core of the batting department.

Along with their presence, Pakistan will be pinning their hopes on Anam Amin, who has the most scalps for Pakistan since the last edition of the ICC Women’s T20 World Cup in West Indies with 13 wickets at 16.07 in eight matches and will spearhead the bowling attack.

The slow left-arm orthodox, who is a new-ball specialist, was the leading wicket-taker in the National Triangular T20 Women’s Cricket Championship 2019-20 with seven wickets at 13.71.

She is currently ranked 13th in the ICC Rankings for T20I bowlers and is hopeful that she will break into the top 10 once again over the course of the ongoing World Cup.

Anam Amin on the eve of the match said : “My target is to help Pakistan make history by qualifying for the semi-finals. “I am very excited for this World Cup and my aim is to deliver to the best of my abilities and be amongst the top 10 bowlers.

“I have been passionate about cricket since my childhood and I used to play tape-ball cricket with boys in the streets. Initially, I faced opposition by my mother on the prospect of taking cricket as a profession. But, I got a lot of support from my father and grandfather. As soon as I broke into the national side, my mother not only accepted me as a cricketer but she now tells me to pick at least two to three wickets every match.”