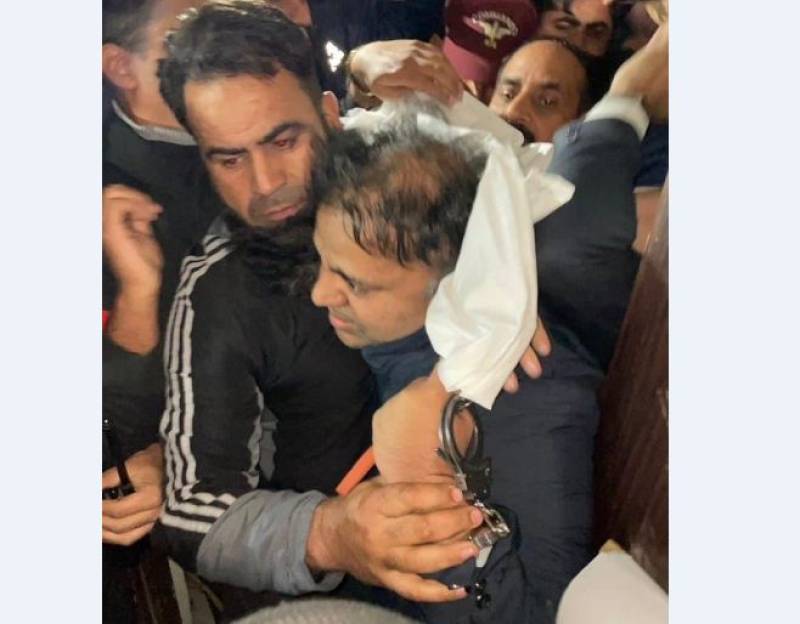 ISLAMABAD – A local court in the country’s federal capital on Wednesday granted the police two-day physical remand of PTI leader Fawad Chaudhry in a case pertaining to alleged sedition.

Reports in local media suggest that Islamabad police earlier filed a plea seeking 8-day physical remand of a defiant politician who was detained early Wednesday from his Lahore residence amidst raging political tension in the South Asian nation.

Duty Magistrate Naveed Khan heard the plea while the PTI leader was presented before the court with difficulty as a large number of his party activists and leaders flocked to court.

Earlier in the day, police produced PTI leader Fawad Chaudhry in court in the federal capital hours after he was arrested from his residence in Lahore for allegedly hurling threats at the officials of the Election Commission of Pakistan (ECP).

The former information minister was taken to the court of the duty magistrate Naveed Khan in handcuffs amid tight security.

During the hearing, a lawyer for the ECP said the upcoming elections in Punjab and Khyber Pakhtunkhwa were being targeted intentionally, adding that Fawad Chaudhry attempted to incite people against the electoral body through his statement.

The former information minister said sedition charges had been included in the case against him, adding that the election commission was neither state or not the government.