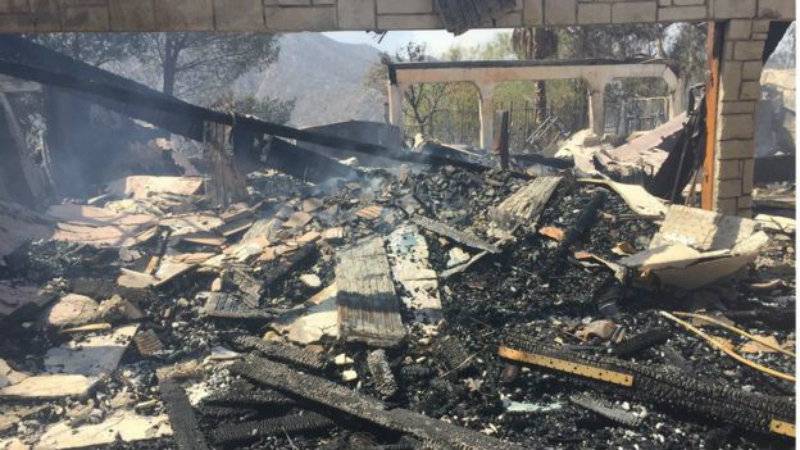 CALIFORNIA - A wildfire north-west of Los Angeles has forced the evacuation of some 10,000 homes after spreading across a rugged 51 sq-mile (132 sq-km) zone, fueled by high winds and hot weather.

Helicopters are being used to tackle the blaze, nicknamed the Sand Fire, which broke out near Santa Clarita, 40 miles (65km) from Los Angeles.

The fire has destroyed more than a dozen homes in three days, the BBC reported.

Nearly 3,000 firefighters are working to contain the blaze.

Officials said only 10% of the fire was under control.

"This is the fifth year of an ongoing drought, so we have very extreme fire behavior," Los Angeles County Fire Department Chief Daryl Osby told reporters.

Fire crews have also been hampered by the forested, mountainous terrain.

Over the weekend, a body was found in a burned-out car but it is not clear if the death is fire-related.

A wildlife preserve owned by actress Tippi Hedren, who starred in the Hitchcock classic The Birds, has also been evacuated. Hedren's daughter, actress Melanie Griffith, tweeted that her mother and the 40 big cats at the Shambala Preserve were safe.

Forecasters say there could be some relief in sight with cooler temperatures due to set in.

Firefighters are also struggling to contain a blaze further north, in mountains near Big Sur.

This second wildfire, spanning more than 23 sq miles (59.6 sq km), forced the evacuation of more than 1,000 homes in the communities of Palo Colorado and Carmel Highlands.