DG ISPR thanks nation for displaying love, respect for armed forces during polls 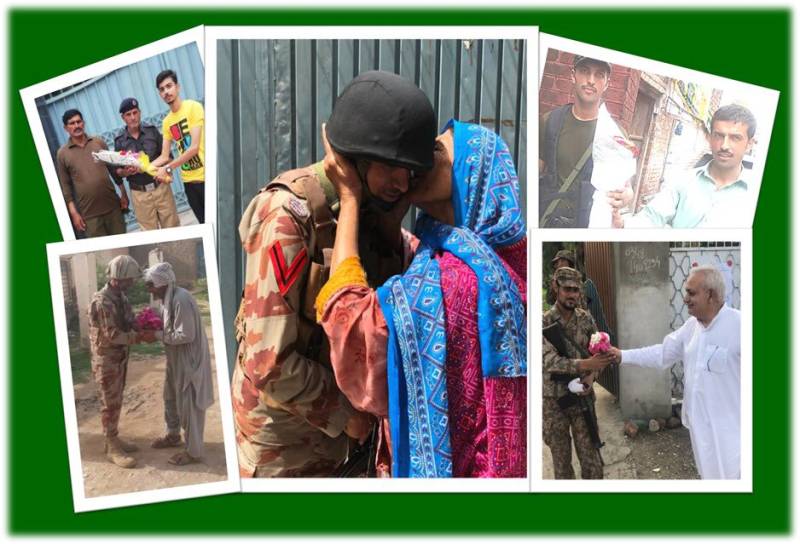 RAWALPINDI - ISPR Director General Major General Asif Ghafoor on Wednesday expressed his gratitude to the nation for displaying their love and respect for the armed forces and law enforcement agencies during the polls on Wednesday.

In a tweet the spokesperson of armed forces said that that “U (nation) have rejected all kinds of malicious propaganda,” adding, “we are strong because we have your (nation’s) unflinching support.”

“Our lives are dedicated to Pakistan and its People. Pakistan wins again!,” his tweet said.

Thank you fellow Pakistanis. World has seen your love & respect for Pak Armed Forces & LEAs today. U hv rejected all kinds of malicious propaganda. We are strong because we have your unflinching support. Our lives are dedicated to Pakistan and its People.
🇵🇰Pakistan wins again! pic.twitter.com/MGbujoGjZk

Meanwhile, as many as three security forces personnel and a civilian were martyred while escorting polling staff of NA-271 Buleda, Balochistan. The military protection party was ambushed at Dashtuk, near the Pak-Iran border.

The ISPR said that during the exchange of fire, three personnel were martyred while 14 were wounded, including 10 security forces personnel.

The ISPR said that ten critically wounded have been shifted to Karachi, while four with minor injuries were taken to DHQ Turbat.

Polling took place as usual at the polling station in question, added the ISPR statement.