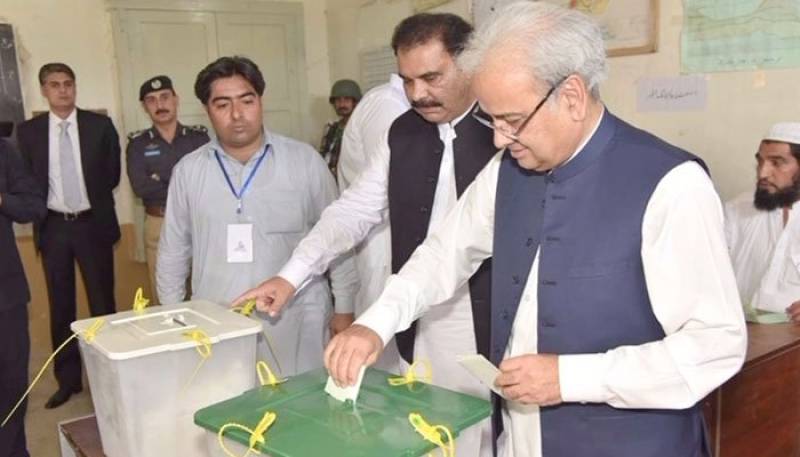 After casting his vote at NA-3, Swat, in his hometown Mingora, PM Mulk returned to Islamabad.

He posted a video of General Bajwa and his wife casting their votes and getting their thumbs inked in his Twitter handle.

"COAS & his Mrs cast vote at Rwp. We are target of inimical forces working against Pak. We've come a long way in our comprehensive national effort to fail them. We are united & steadfast to defeat them, and 'TODAY' through our 'VOTES'. Please come out & vote undeterred", COAS."

Polling started at 8 am today and, as of now, will conclude at 6 pm.

As many as 12,570 candidates are contesting for 272 national and 577 provincial assembly seats.