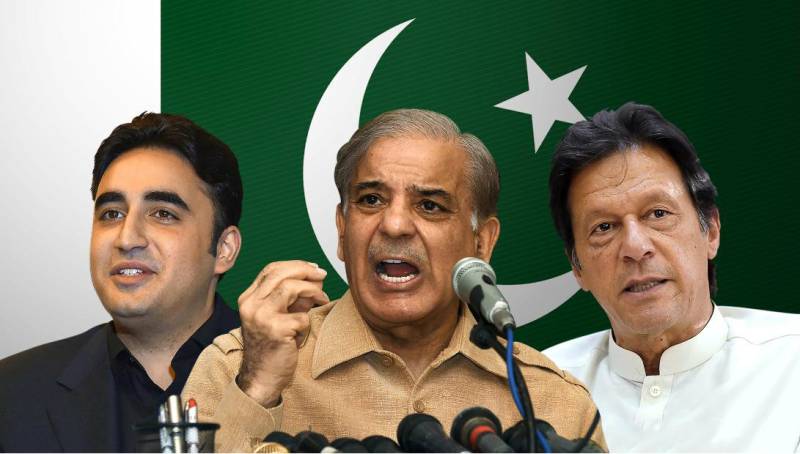 ISLAMABAD - Final results of Pakistan's crucial and largest general elections are yet to be announced despite the deadline given by the Election Commission (ECP) has ended.

The Election Commission of Pakistan blamed the breakdown of Results Transmission System - a cellphone-based system that enables presiding officers to transmit result in real-time - for the delay in announcing the final results. "Presiding officers have been asked to meet their returning officers, along with army officers assigned to their voting booths, with the results," he added.

Pakistan went to the polls on Wednesday amid deadly terrorist attacks, poll violence and heavy rains across the country.

Based on reporting of 20 per cent National Assembly seats, Pakistan Tehreek-e-Insaf (PTI) is leading in 109 constituencies. The Pakistan Muslim League-Nawaz (PML-N) is trailing behind with 67 while Pakistan People's Party (PPP) is at third spot with 38 seats.

In Punjab, with results from 19% polling stations available with the Election Commission (ECP), the PML-N is currently leading the race with 137 provincial seats but PTI is closing in with 115 seats.

Meanwhile, PTI is clearly steering ahead in Khyber Pakhtunkhwa with 62 seats against Awami National Party (ANP), which currently has 10 seats, as per the results from 16% polling stations across the province.

In a presser on Wednesday night, PPP leaders Raza Rabbani and Sherry Rehman raised alarms over the transparency of polling process in the parliamentary elections, hinting at 'a clear trend of interference' in the polling process.

Rabbani said that PPP’s polling agents were expelled from polling stations in Karachi’s Lyari. "The ECP and caretaker government have failed to ensure the transparency of the elections," the former Senate chairman stated.

“There will be severe consequences if public opinion is tempered with,” he warned.

PPP co-chairperson Bilawal Bhutto also complained of the delay in results announcement, while taking to Twitter.

It’s now past midnight & I haven’t received official results from any constituency I am contesting my myself. My candidates complaining polling agents have been thrown out of polling stations across the country. Inexcusable & outrageous.

“I have received complaints from all over Pakistan,” the former Punjab chief minister said in an emergency press conference at his residence in Lahore’s Model Town. “What happened today took Pakistan 30 years back. I have never seen such a horrendous situation in my entire political career,” he added.

Before the release of the official results, PML-N spokesperson Marriyum Aurangzeb raised objections over the counting process and alleged that the party's agents were being forced out from the polling stations in various constituencies.

“The counting process is being carried out behind closed doors and changes are being made to Form-45,” Aurangzeb alleged while talking to media persons. ECP has yet to respond to the PML-N's reservations over the process.

In response, the provincial election commissioner in Punjab categorically denied the allegations levelled by PML-N. “Political leaders should refrain from levelling such baseless allegations without having any substantial proof,” the ECP official said.

Over 1,2000 candidates are vying for 270 national and 570 provincial assembly seats.

Gallup Pakistan estimated voter turnout at between 50 to 55 percent in an electorate of nearly 106 million, similar to the previous contest in 2013.

Twenty-three percent of the total voters took part in the exercise for the first time.

Check out the results at Daily Pakistan's Live Election Map 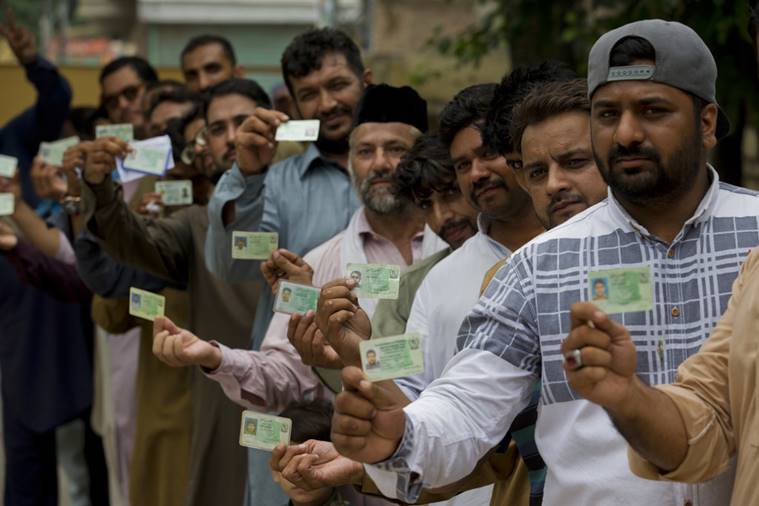 Millions of registered voters flocked to polling stations across the country to cast their vote in Pakistan’s 13th general election.

PTI has claimed that its party chief Imran Khan has won from NA-243 (Karachi East 2).

Bilawal Bhutto is contesting the first election of his political career from four constituencies -- NA-246 (Lyari), NA-8 (Malakand) and NA-200 (Larkana 1). He is presently leading in NA-200 with 420 votes.

This has been the culmination of 22 years of struggle. I can honestly say I have given my best for Pakistan. Now I leave the rest to Allah. https://t.co/DHO8zDHuN6

According to data released by ECP, a total of 3,459 candidates — 1,623 from Punjab, 824 from Sindh, 725 from Khyber Pakhtunkhwa and 287 from Balochistan — were cleared to run for the 272 general seats of the national assembly. However, elections in two constituencies — NA-60, NA-108 — were later postponed by the commission.

A single party will need to bag at least 137 of the directly elected seats to be able to form the government on its own.

Just cast my vote. High time that all of you came out to vote for Pakistan's progress and prosperity. May this election be a source of peace and stability for the nation! pic.twitter.com/uiUZYdo09j

Already observed with my colleague Elisa a good number of polling stations both in rural and urban Punjab. @EUPakistan @EUEOMPak2018 #ElectionPakisntan2018 pic.twitter.com/1OqudNAo5D

The Election Commission of Pakistan has set up a facilitation and Complaint Cell for July 25th Election. Voters can approach the center to lodge their complaints through telephone numbers, fax numbers and Whatsapp numbers.

The Pakistan Army has said it would deploy 371,388 troops at 85,000 polling stations for the July 25 election. This would be the largest deployment for any election in the country’s history.

Armed soldiers stood guard as election officials in the capital distributed ballot boxes and voting material at polling stations across the city.

Thank you fellow Pakistanis. World has seen your love & respect for Pak Armed Forces & LEAs today. U hv rejected all kinds of malicious propaganda. We are strong because we have your unflinching support. Our lives are dedicated to Pakistan and its People.
🇵🇰Pakistan wins again! pic.twitter.com/MGbujoGjZk

RAWALPINDI - Chief of Army Staff General Qamar Javed Bajwa and his wife on Wednesday cast their votes in Rawalpindi, ...

In the run up to the election, the country was hit by a series of terror attacks on candidates and campaign rallies, including one that killed 151 people in Balochistan province on July 13.

Army chief General Qamar Bajwa has assured that military personnel deployed for election duties would strictly comply with the code of conduct given by the ECP.

He also said the army will only perform a facilitative role in the election and that the polling process is to remain under the control and authority of the ECP.

The military has ruled Pakistan through various coups for nearly half of the country’s history since independence in 1947.