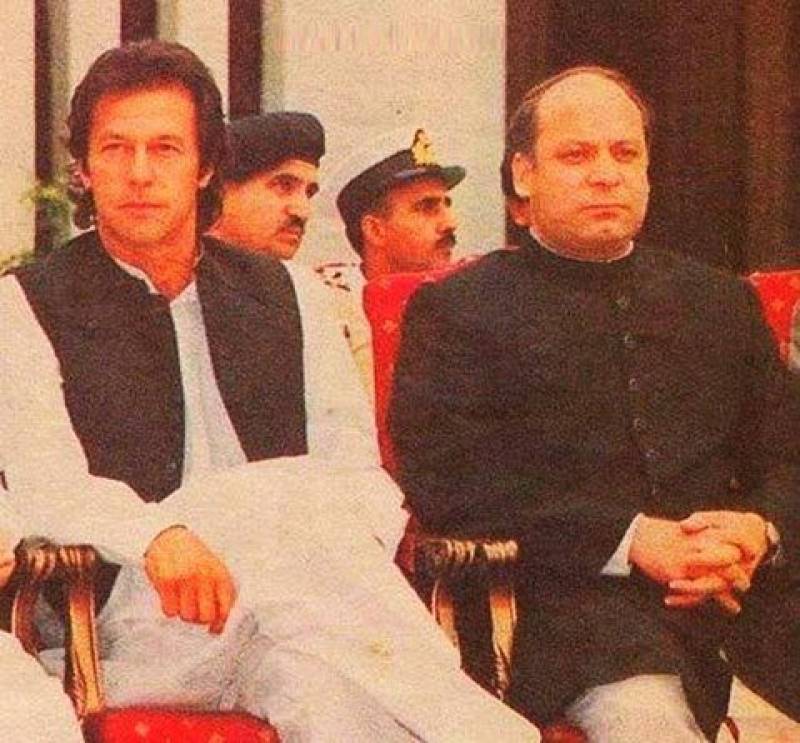 LAHORE - How time flies, we often wonder. But this throwback video of Pakistan Tehreek e Insaaf, Imran Khan, and Pakistan Muslim League (N), Nawaz Sharif, is proof to the fact that time does fly indeed and tables do turn sometimes.

Social media cannot stop with the reactions after coming across this video of Khan and Sharif being asked about political affiliations with one another, who knew one day they will be rivals? We had not one bit of an idea that Khan was offered a place by the man himself in his party!

"If Apny paon pe khud kulhari marna had a face ..", wrote one user.

"It did hurt. How people become enemies. ?"

"How time changes everything!!"

People are amazed at the way the two leaders were so kind to one another and today they are involved in a long and hard political battle.

May Pakistan become prosperous with whatever decision is taken today!