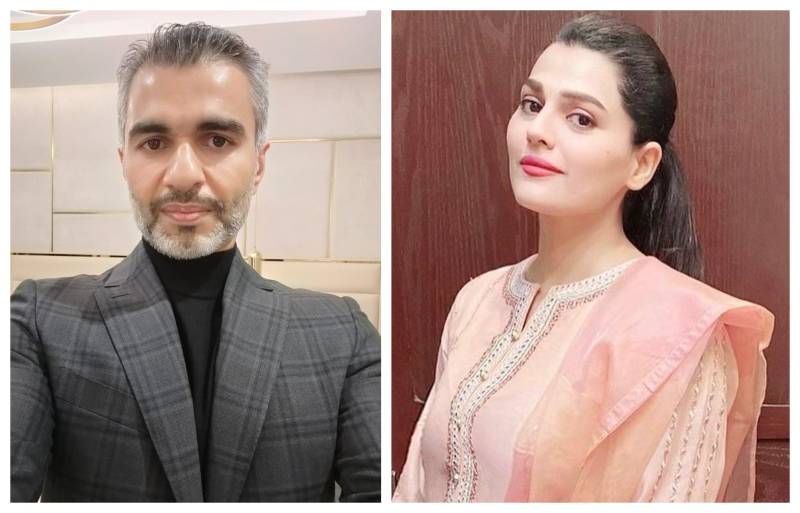 LONDON/DUBAI – Norwegian-Pakistani businessman Umar Farooq Zahoor has sued his former wife Sophia Mirza for defamation seeking damages of 500 million and a Lahore court has issued a notice to the actress and model.

The case was filed by Umar Farooq Zahoor last month and now the court has sought a reply from the actress by September 7.

Lawyers of Umar Farooq Zahoor, who is an Ambassador at Large for the Republic of Liberia for the regions of Middle East and South East Asia including Pakistan, have written in the application that the plaintiff is a well-known businessman with his business spread all around the globe and enjoys an immaculate reputation among international business community.

The application informs the court that the Pakistan’s Supreme Court had asked the defendant to approach the UAE courts where the local Shariah court has already given full custody of the daughters to Umar Zahoor but instead of approaching the UAE courts the defendant is “using her connections in media to defame the Plaintiff by circulating false information and defamatory material against the Plaintiff”.

The application gives reference of a press conference by Sophia Mirza on 28 June 2022 in which she levelled “false allegations against the Plaintiff which, inter alia, includes allegation of kidnapping his own daughters, allegation of Plaintiff being a fugitive from the law and most wanted criminal, allegation of involvement in money laundering and threatening the Defendant”. That press conference was held after an investigation published in The News revealed how the FIA on Sophia Mirza (who used her real name Khushbakht Mirza to file the cases as an anonymous Pakistani citizen) complaint launched a huge inquiry and issued international red notices against Umar Zahoor and put his name on the ECL.

The application to the court says that Sophia Mirza had used social media platforms to post and share the defamatory material against Zahoor “based on ill will, malafide intention and have caused immense damage to the reputation of the Plaintiff”.

Umar Farooq Zahoor has also written a letter to the Federal Interior Minister Rana Sanaullah demanding an investigation against those Federal Investigation Agency (FIA) officials who targeted him when Shehzad Akbar was running the FIA and the agency opened inquiries against him in the cases that were already closed.

In the letter, Umar Farooq Zahoor said that an investigation should be launched against his ex-wife and her accomplices namely Shehzad Akbar, former DG FIA Sanaullah Abbasi and Ali Mardan.

Sophia Mirza filed a complaint with the FIA Lahore Corporate Circle, claiming her husband was involved in fraud and money laundering.

The documents, as revealed by The News, also showed that the FIA lied to the International Criminal Police Organization (Interpol) to take action against the businessman, whereas, the courts in three countries acquitted Umar Farooq after not finding him guilty of all charges.

Recently, daughters of the actress have said that their mother is making "fake problems" to get attention and publicity whereas they are living happily with their father in Dubai. The girls said that they are living comfortably and happily in Dubai with their father and claimed that their mother is spreading fake news just to get attention as her career is finished.