PM Abadi hopeful as Iraq regains ground from IS 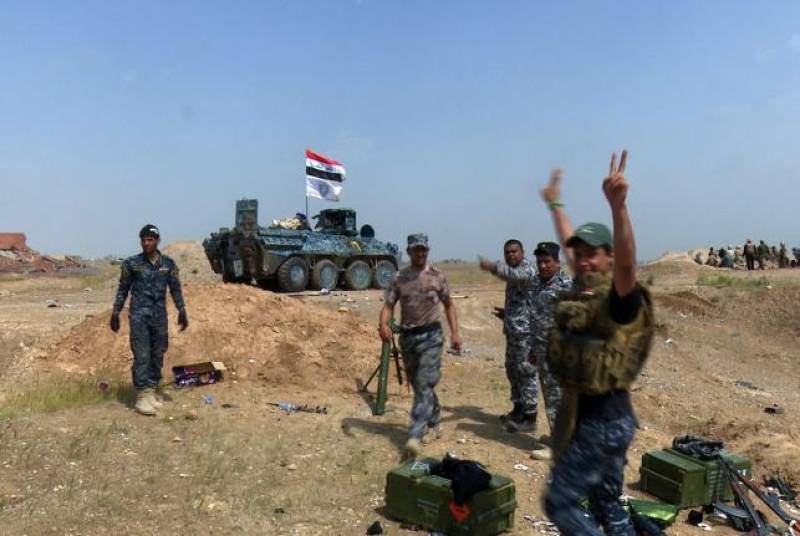 BAGHDAD/BEIRUT (Web Desk) - Iraqi forces have recaptured territory from advancing Islamic State militants near the recently-fallen city of Ramadi, while in Syria the government said the Islamists had killed hundreds of people since capturing the town of Palmyra.

The fall of Ramadi and Palmyra, on opposite ends of the vast territory controlled by Islamic State fighters, were the militant group's biggest successes since a US-led coalition launched an air war to stop them last year.

The near simultaneous victories against the Iraqi and Syrian armies have forced Washington to examine its strategy, which involves bombing from the air but leaving fighting on the ground to local forces in both countries.

In a sharp criticism of Washington's ally, US Defense Secretary Ashton Carter accused Iraq's army of abandoning Ramadi, a provincial capital west of Baghdad, to a much smaller enemy force.

"The Iraqi forces just showed no will to fight," he told CNN's State of the Union program. "They vastly outnumbered the opposing force, and yet they withdrew from the site."

On the other hand, Prime Minister Haider al-Abadi has told the BBC that Ramadi could be taken back from Islamic State (IS) militants "in days". 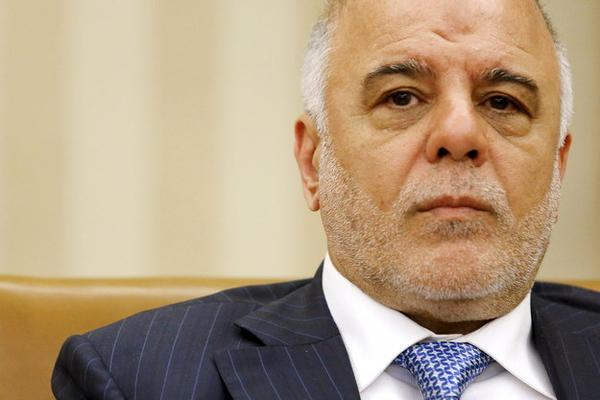 But he said more support was needed from international coalition partners.

Meanwhile, the leader of the Lebanese Shia Hezbollah movement, Hassan Nasrallah, said the world faced an unprecedented danger from IS and other Sunni militant groups fighting in Syria.

Some observers say IS now controls 50% of Syria's entire territory - as well as a third of Iraq.

In a BBC interview, Mr Abadi said he was surprised at the US defence secretary's comments.

"[Mr Carter] was very supportive of Iraq and I am sure he was fed with the wrong information," he said.

The prime minister added that his forces were fazed by IS shock tactics.

"They have the will to fight but when they are faced with an onslaught by [IS] from nowhere... with armoured trucks packed with explosives, the effect of them is like a small nuclear bomb - it gives a very very bad effect on our forces," he said.

The Iraqi government has deployed Shia militias to the area to try to stop the IS advance, and Mr Abadi said he was confident that Ramadi could be recaptured.

"It makes my heart bleed because we lost Ramadi, but I can assure you we can bring it back soon," he said.

Ramadi and its surrounding area has seen fierce fighting since January 2014 when IS fighters took control of the nearby city of Fallujah.

On Saturday, Shia militiamen retook Husayba, east of Ramadi, the capital of Anbar province, from IS with heavy fighting continuing in the area on Sunday. 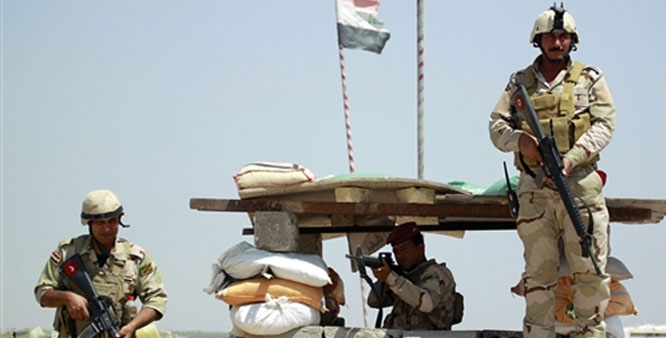 Iraq's government, along with Iran-backed Shia militiamen and locally-recruited Sunni tribal fighters, launched a counter-offensive on Saturday, a week after losing Ramadi. A police major and a pro-government Sunni tribal fighter in the area said they had retaken the town of Husaiba al-Sharqiya, about 10 km (6 miles) east of Ramadi.

"Today we regained control over Husaiba and are laying plans to make more advances to push back Daesh fighters further,” said local tribal leader Amir al-Fahdawi on Sunday, using an Arabic acronym for Islamic State, also known in English as ISIS or ISIL.

“The morale of the (pro-government) fighters is high after the arrival of reinforcements and loads of ammunition," Fahdawi said. "Today's advance will speed up the clock for a major advance to regain control of Ramadi."

Planes were bombing Islamic State positions on the opposite bank of the Euphrates river, where the militants were launching mortars and sniper fire to prevent the pro-government forces advancing, Fahdawi and the police major said. 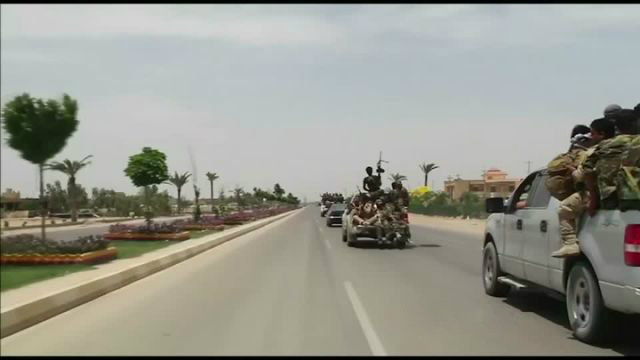 Days after taking Ramadi, Islamic State also defeated forces of the Syrian government of President Bashar al-Assad to capture Palmyra, home to 50,000 people and site of some of the world's most extensive and best-preserved Roman ruins.

The fighters have killed at least 400 people, including women and children in Palmyra since capturing the ancient Syrian city four days ago, Syrian state media said on Sunday.

It was not immediately possible to verify that account, but it was consistent with reports by activists that the Islamist fighters had carried out executions, leaving hundreds of bodies in the streets.

The IS militants have proclaimed a caliphate to rule over all Muslims from territory they hold in both Syria and Iraq. They have a history of carrying out mass killings in towns and cities they capture, and of dynamiting and bulldozing ancient monuments, which they consider evidence of paganism.

Many of those killed were state employees, including the head of the nursing department at the hospital and all her family members, it said.

Islamic State supporters have posted videos on the Internet they say show fighters going room to room in Palmyra's government buildings, searching for hiding troops and pulling down pictures of Assad and his father.

The Syrian Observatory for Human Rights, which monitors violence in the country with a network of sources on the ground, says beheadings have taken place in the town since it fell but has not given an estimate for the toll among civilians.

It says at least 300 soldiers were killed in the days of fighting before the city was captured.

Pakistan to open consulates in Iraq to deepen relation