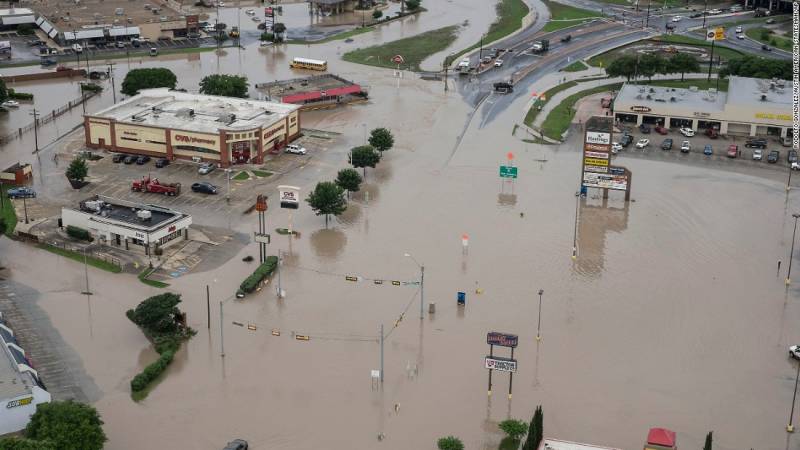 SAN MARCOS (Web Desk) - A deluge of rainfall has burst rivers and brought flood warnings to several southern US states, with Texas and Oklahoma the worst hit so far.

The BBC reported that two people died in weather-related accidents in Oklahoma and a man died in San Marcos, Texas.

Parts of Texas saw up to 10 inches (25cm) of rain over a 24-hour period, with more predicted across the region. 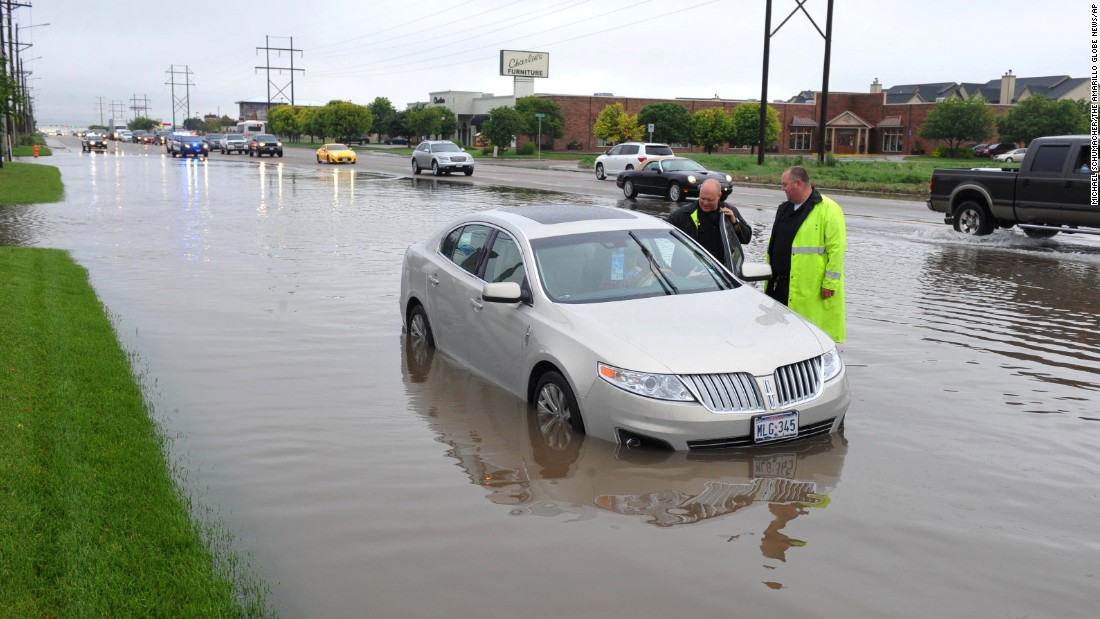 There were numerous rescues on Sunday after banks burst, and hundreds of homes were destroyed in central Texas. 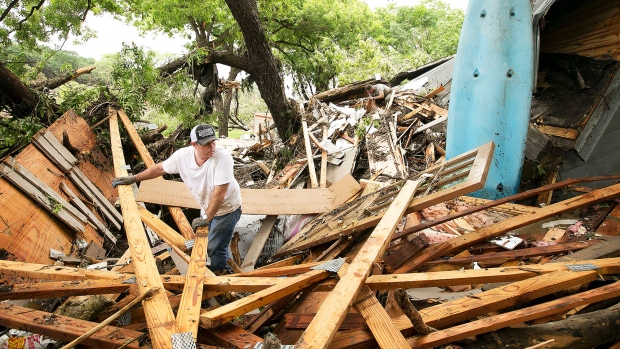 Warnings and alerts stretch from Colorado through to Arkansas, Louisiana, Missouri and eastern Kansas.

One of the worst hit rivers was the Blanco in Texas. At one point it crested at 43ft (13m) - some 30ft above the designated flood stage and 7ft higher than the 1929 record. 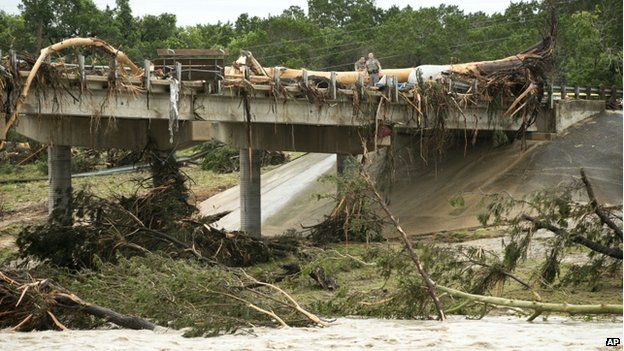 A flash flood emergency - reserved for the most life-threatening situations - is in effect in the river basin area.

Some 1,000 people nearby were evacuated and parts of the Interstate 35 highway were flooded and closed. 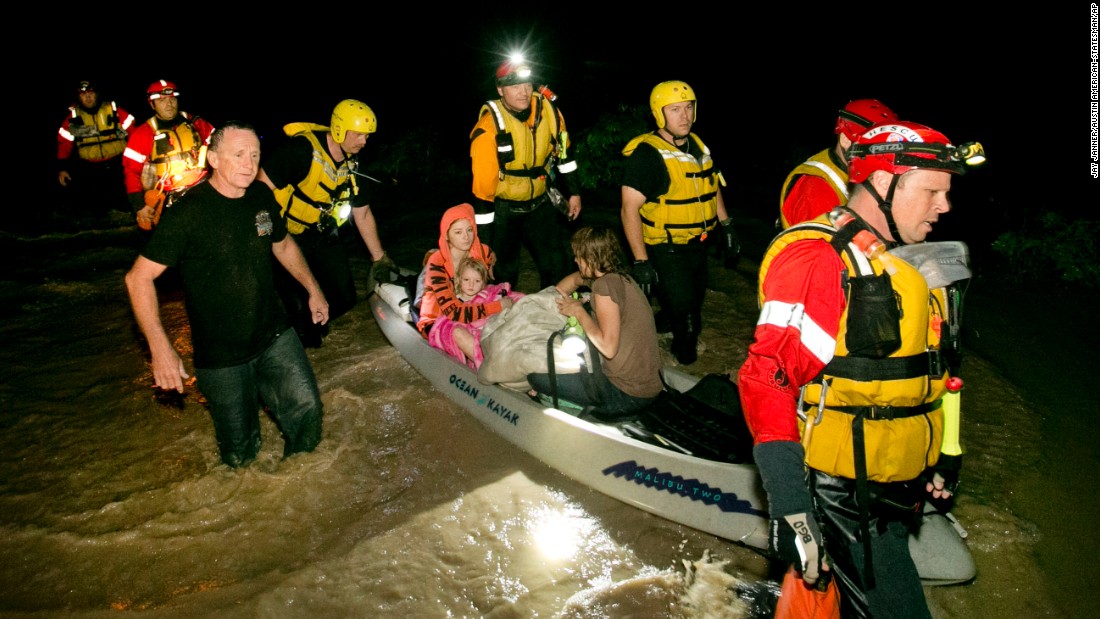 Rudy Olivo, a resident of San Marcos, told Associated Press: "This is the worst I've seen it because the water rose so fast."

San Marcos emergency management coordinator, Kenneth Bell, said the body of one man had been recovered but had no more details. Three more people are missing.

Kristi Wyatt, communications director for the town, said: "We have people on car tops and rooftops awaiting rescue. People in homes are going to higher levels."

She said hundreds of people were now in evacuation centres and that floodwaters had washed away five police cars. Several hundred houses were destroyed in the town of Wimberley.

"We do have whole streets with maybe one or two houses left on them and the rest are just slabs," she said.

Warnings of more tornados have been issued for parts of Iowa, Kansas, Missouri and Illinois.

A mandatory evacuation was ordered at Lake Lewis, 50 miles (80km) north of Houston, which itself saw high winds bringing down trees and blowing out windows.

Wichita Falls, also in Texas, was warned its river could burst its banks.

A fire-fighter died in Oklahoma after being swept away as he took part in a rescue effort in the town of Claremore, in the north-east of the state. He was named as Capt Jason Farley. 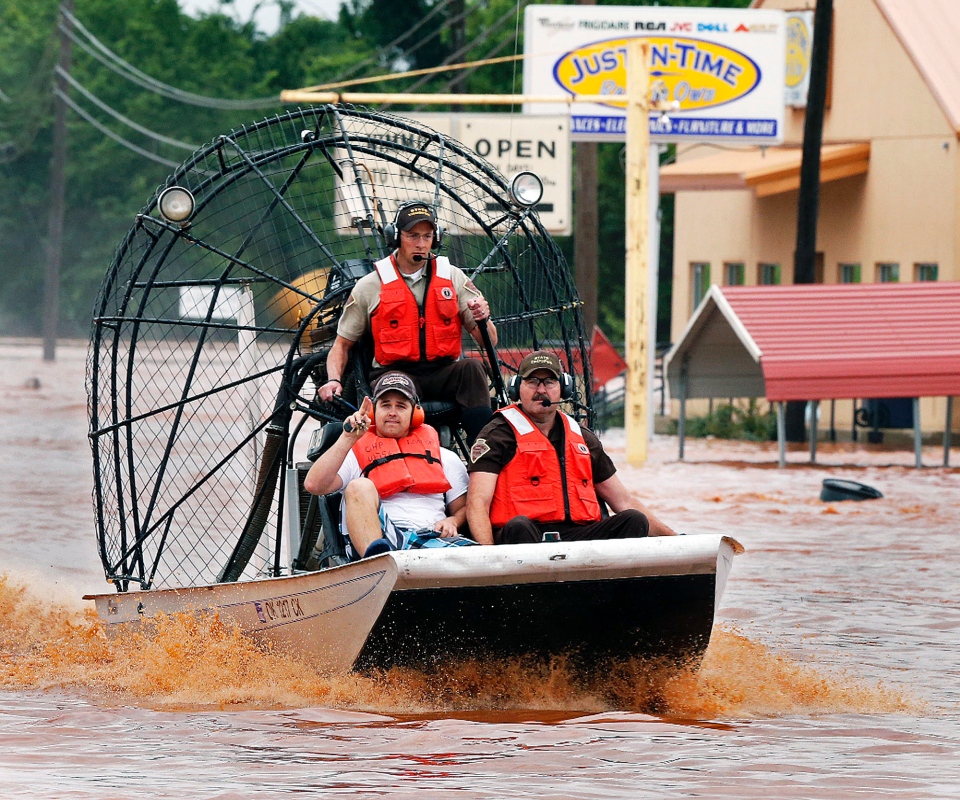 A woman was also killed in a weather-related traffic accident in Tulsa.

Residents were rescued from roofs in the state's Cleveland and Comanche counties.

The National Weather Service says Oklahoma City already has a new monthly rainfall record for May - at 18.19 inches.

In Colorado, El Paso and Pueblo counties and the city of Sterling were badly affected.