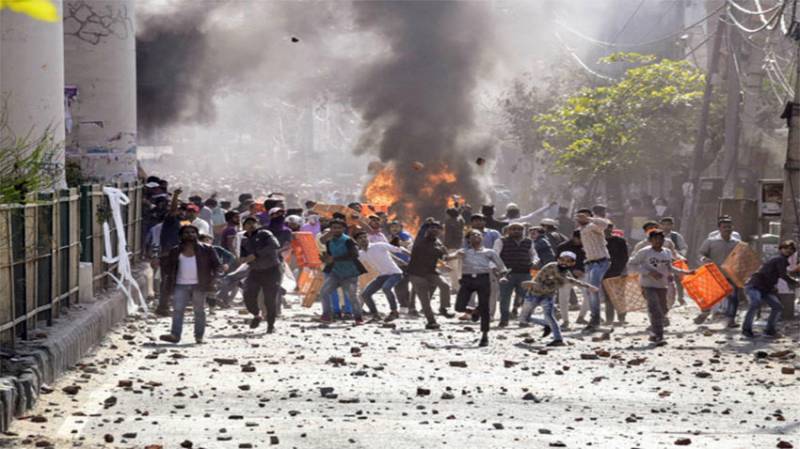 NEW DELHI - Chief Minister of New Delhi, Arvind Kejriwal, on Wednesday said that the Indian army should be called to bring the "alarming" situation under control in the city as police was unable to overcome the anti-Muslim riots.

Kejriwal tweeted as saying, "I have been in touch with large number of people whole night. Situation alarming. Police, despite all its efforts, unable to control situation and instill confidence. Army should be called in and curfew imposed in rest of affected areas immediately".

on Tuesday, Hindu extremists set a mosque on fire in Ashok Vihar locality of North East Delhi, as clashes over the Citizenship Amendment Act continued for the third straight day in the Indian capital.

A mob shouting “Jai Shri Ram” and “Hinduon ka Hindustan [An India of Hindus]” paraded around the burning mosque, and a “Hanuman flag” was placed on top of the building, according to videos circulating on social networking sites.

Miscreants also looted shops within and around the mosque’s compound, The Wire reported, adding that the people looting the shops were not from the locality.

In North East Delhi, at least 18 people have been killed and over 180 injured since Monday afternoon.