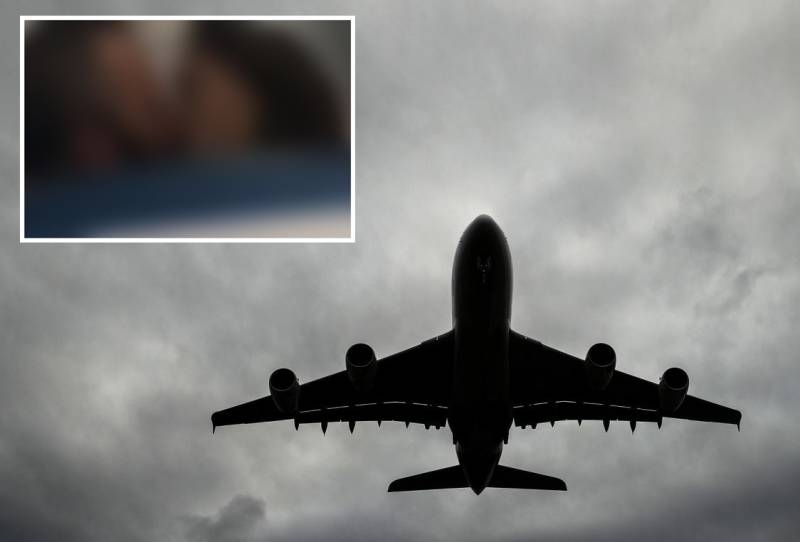 ISLAMABAD – Public displays of affection are utterly awkward for everyone except for this Pakistani oblivious couple who got help from the air hostess of the low-cost airline for their 'make-out session'.

The incident occurred on May 20, when a couple traveling in an Airblue flight PA-200, from Karachi to Islamabad, spotted kissing during the flight. Their make-out session irked many of the fellow passengers who initially approached the crew to stop them.

The eyewitness Bilal Farooq Alvi, who is an advocate and was traveling on the same flight, while speaking with an English newspaper told that ‘The couple was sitting in the front row and was kissing publicly.

An 'amourous' couple was allegedly caught kissing each other on an causing an uproar on a domestic Airblue flight.

Following their 'steamy make-out' session during the flight, the fellow passengers including Alvi then approached the air hostess to make them stop. The flight attendant then warned the couple who continued smooching on which the crew then provided them a blanket later to keep continue the act underneath.

Alvi also added that upon confrontation, the wild couple responded that ‘You don’t have any right to interfere in someone’s privacy’.

Meanwhile, the advocate lodged an official complaint with the Civil Aviation Authority (CAA) against the airline staff for not stopping the couple from public indecency and facilitating them with a blanket to continue the ‘love-filled moments’.

TAIPEI – A couple spotted ‘making love’ near a large hotel window during a religious festival in ...

As for now, the aviation authority hasn’t responded to the matter and ‘investigations are underway’.