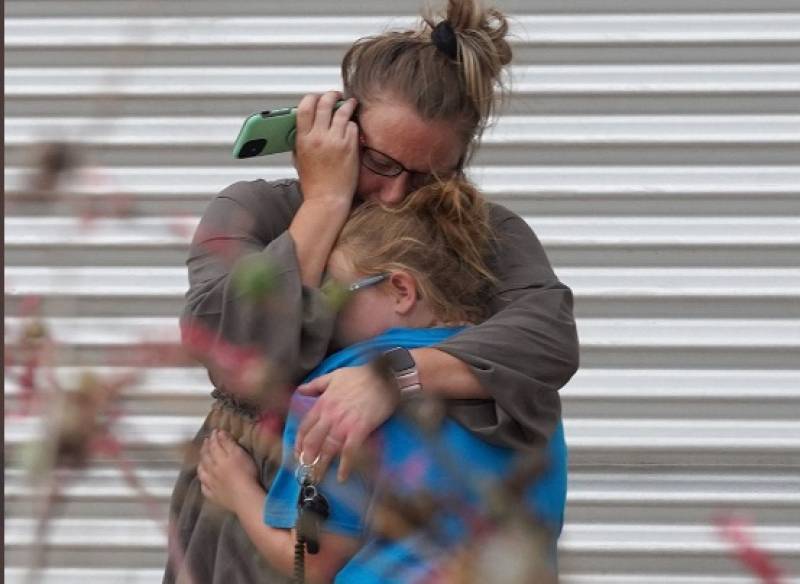 AUSTIN – Nineteen students and two teachers were killed after a teenage gunman opened fire at a primary school in south Texas on Tuesday.

The 18-year-old gunman, identified as Salvador Ramos, was shot dead by law enforcement officials responding to the attack at Robb Elementary School that teaches second, third and fourth grade students in the city of Uvalde.

Reports said that the suspect used a handgun, an AR-15 semi-automatic rifle, for the horrific attack, adding that he may have been studied at a high school in the area.

Uvalde Consolidated Independent School District Chief of Police Pete Arredondo in a statement said that the suspect carried out the attack at 11:32 local time and it is believed that he "did act alone during this heinous crime".

In a speech from the White House, US President Joe Biden called it a massacre. “I am sick and tired of it.  We have to act.  And don’t tell me we can’t have an impact on this carnage,” he said.

"How many scores of little children who witnessed what happened - see their friends die, as if they're in a battlefield, for God's sake," he said. "They'll live with it the rest of their lives."

“The idea that an 18-year-old kid can walk into a gun store and buy two assault weapons is just wrong.”

Calling for legislation to control such acts, he said that it is the time to turn this pain into action.