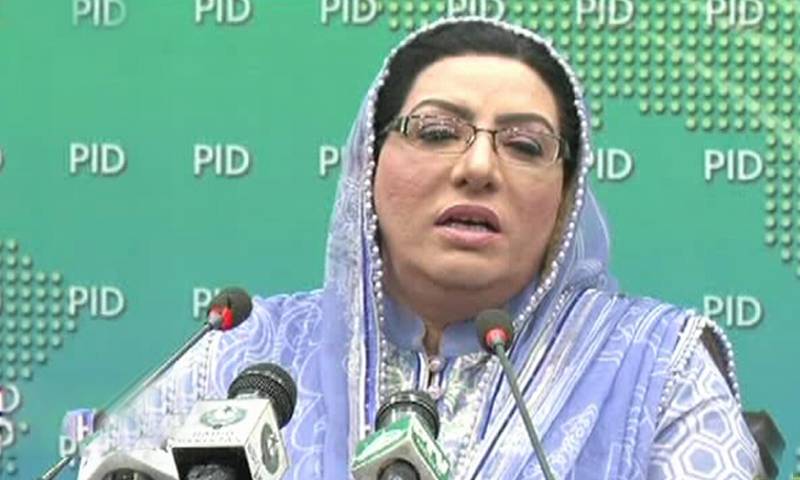 ISLAMABAD - Special Assistant to Prime Minister on Information and Broadcasting Dr. Firdous Ashiq Awan on Monday reached Saudi Arabia to attend the 50th anniversary of the Organisation of Islamic Cooperation (OIC) in the city of Jeddah.

Upon the invitations from the OIC Secretary-General and the Minister of Foreign Affairs of Saudi Arabia, Awan will represent Pakistan in the ceremony.

Earlier today, Firdous Ashiq Awan said that Pakistan will table a resolution on desecration of Holy Quran in Norway at OIC meeting.

Talking to media in Islamabad on Monday, the Special Assistant said she will represent Pakistan in the meeting and will sensitize the Muslim body to formulate an effective strategy to prevent such incidents in future, Radio Pakistan reported.

She said Pakistan will also engage the OIC about ongoing Indian atrocities in Occupied Kashmir where Kashmiris have been detained since last 113 days.

She said a special message of Prime Minister Imran Khan will be conveyed in the meeting to play its due role to lift curfew from the held valley and ensure basic human rights to detained Kashmiris.

She said Hindutwa Policy of Modi led government in India is also a challenge for Muslim world as its top court given verdict about Babri Masque and snatched the rights of millions of Indian Muslims.

She said Pakistan will propose to adopt a strategy in this regard.