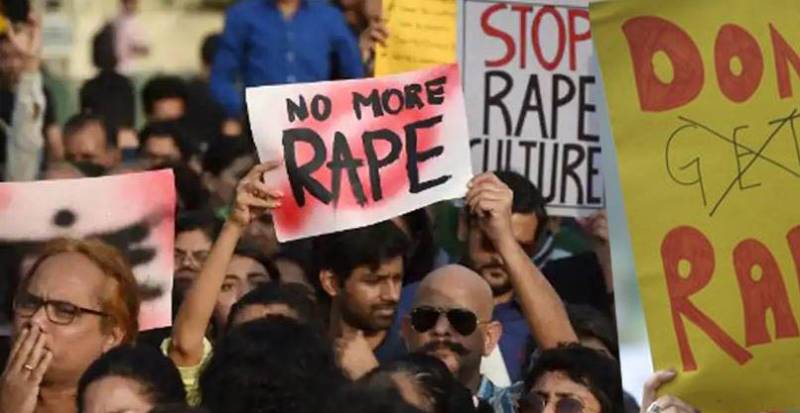 ISLAMABAD – The federal cabinet on Tuesday approved the anti-rape ordinance for rapists and sex offenders which include the death penalty and chemical castration.

According to the details, Law Minister Farogh Naseem in a statement said the penalties include the death penalty, imprisonment for the entire life, 10 to 25 years of imprisonment and chemical castration.

Minister for Human Rights Shireen Mazari on Twitter said the cabinet had approved two ordinances in order to "deal holistically with the crime of rape and child abuse" and to make the necessary amendments in the Pakistan Penal Code. They are the Anti-Rape (Investigation & Trial) Ordinance 2020 and the Pakistan Penal Code (Amendment) Ordinance 2020.

The Cabinet approved in principle 2 critical Ordinances to deal holistically with the crime of rape & child abuse & to make the necessary amendments in the PPC: The Anti-Rape (Investigation & Trial) Ordinance 2020 & the Pakistan Penal Code (Amendment) Ordinance 2020.

Addressing a press briefing after meeting with PM Imran Khan, Minister for Information and Broadcasting Shibli Faraz said the PM directed the Law Division and other departments concerned to finalize the draft at the earliest by removing all legal space that could be exploited by the offenders.

Shibli mentioned the recent rape incident of a mother and her daughter in Sindh, he said premier takes serious notice of the incident and asked Law Minister Farogh Naseem to prepare a comprehensive ordinance, encompassing fast-track trial of the accused.

Federal Minister also confirmed acts of gang-raping as the proposed law suggests harsh punishments, including the death penalty, have been suggested to give exemplary sentences to the offenders of rape. He expressed the hope that the initiative would significantly cut the number of rape incidents in Pakistan.

Earlier sources said the ordinance also seeks the establishment of special courts for speedy trial of rape cases, suggest steps for protection of witnesses and create a separate prosecution network for this purpose.

Senator Faisal Javed Khan also tweets in this matter, he said the law will become operational after it is passed through the parliament soon.