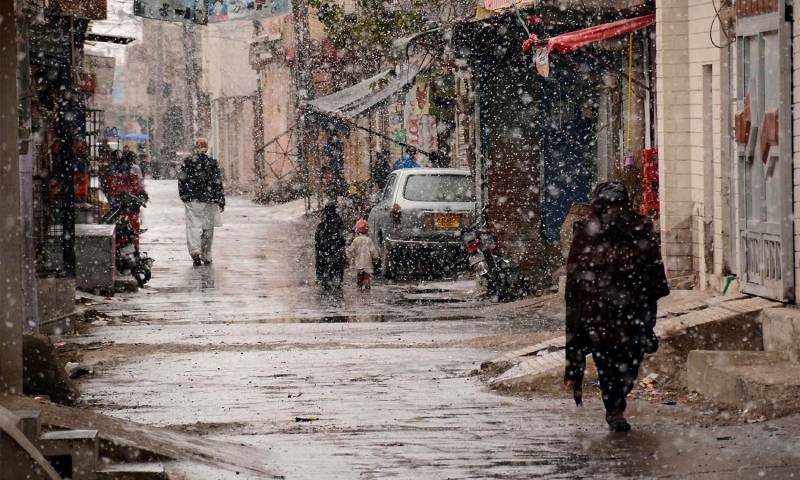 The weather in Karachi and some other districts of Sindh will remain cold as a new weather system from Iran entered the region.

Under the influence of this weather system, more rain and snowfall are also expected in different cities.

Rain lashed Jacobabad, Larkana and Sukkur while in Balochistan, the rain continued intermittently in and around Chaman.

May Allah forgive us, guide us, cleanse our tongues, purify our hearts, and rectify our affairs.????????

Ziarat Valley and Mastung face a downpour, light showers in Musa Khel, Pishin, Muslim Bagh, and Kan Mehtarzai while snowfall covers the hilly areas. In Quetta rain plunges the temperature by 6°C in the day and below 0 in the night.

A number of areas in Azad Jammu and Kashmir, Abbottabad and Mansehra were covered in a blanket of snow on Wednesday morning after snow continues for the third consecutive day.

Snowfall in Thandiani, Nathia Gali and Ayubia will continue throughout the day today over 18 inches of snow were recorded in Galiyat.