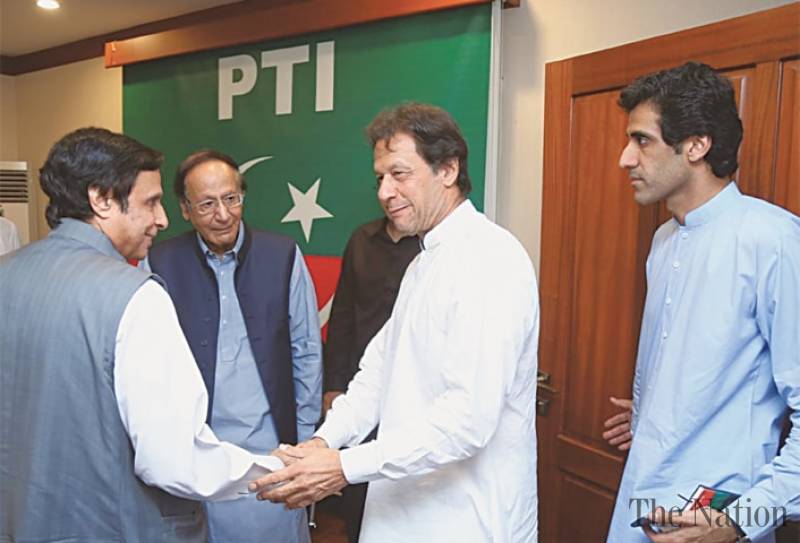 The premier visited the residence of PML-Q chairman Chaudhry Shujaat Hussain to inquire about his health. He was received by Punjab Assembly Speaker Chaudhry Pervaiz Elahi on his arrival.

The prime minister was accompanied by Punjab Chief Minister Usman Buzdar as well as Special Assistant to PM for Political Communication Shahbaz Gill.

Local media citing sources said that two separate meetings were held. First was held between delegations of bother sides while the other was one-on-one meeting of the prime minister with Shujat Hussain and Pervaiz Elahi.

During the meeting, the prime minister removed the reservations of Chaudhry brothers.

The visit came nearly three weeks after the PML-Q skipped a luncheon arranged by the prime minister for his allies earlier this month.

On November 6, PML-Q leader Tariq Bashir Cheema said that his party had reservations on different issues with the government. He also complained about being ignored by the premier in consultation process.

He said that PML-Q was not taken into confidence on Local Bodies Act and matters related to farmers community.