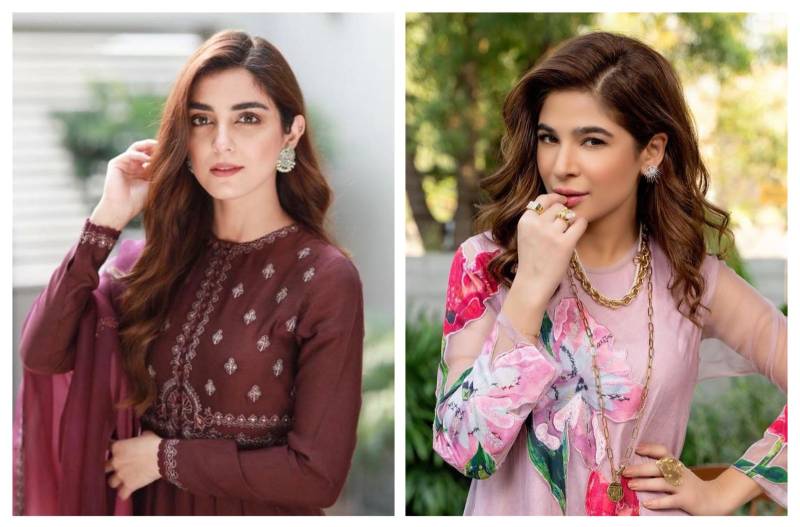 Pakistani stars Maya Ali and Ayesha Omar have voiced their concerns after the horrifying video of a female activist being manhandled by lawyers on Malir courts premises stormed the internet.

The disturbing incident took place with the female activist of the Pakistan Tehreek-e-Insaf, Laila Parveen, and her brother who were thrashed by lawyers.

Eversince the video has gone viral, the netizens are terrified to see the failing justice system. Pakistani celebrities also did not shy away from expressing their disgust and disappointment.

The Pehli Si Muhabbat star has taken to her Instagram handle to call out lawyers for their inhumane behaviour,

“Just saw a very disturbing video on social media where sick, mental, uneducated, or should I call them educated animals who call themselves lawyers were beating a woman up badly. Aren’t they supposed to fight for justice or give people justice?” , she wrote. 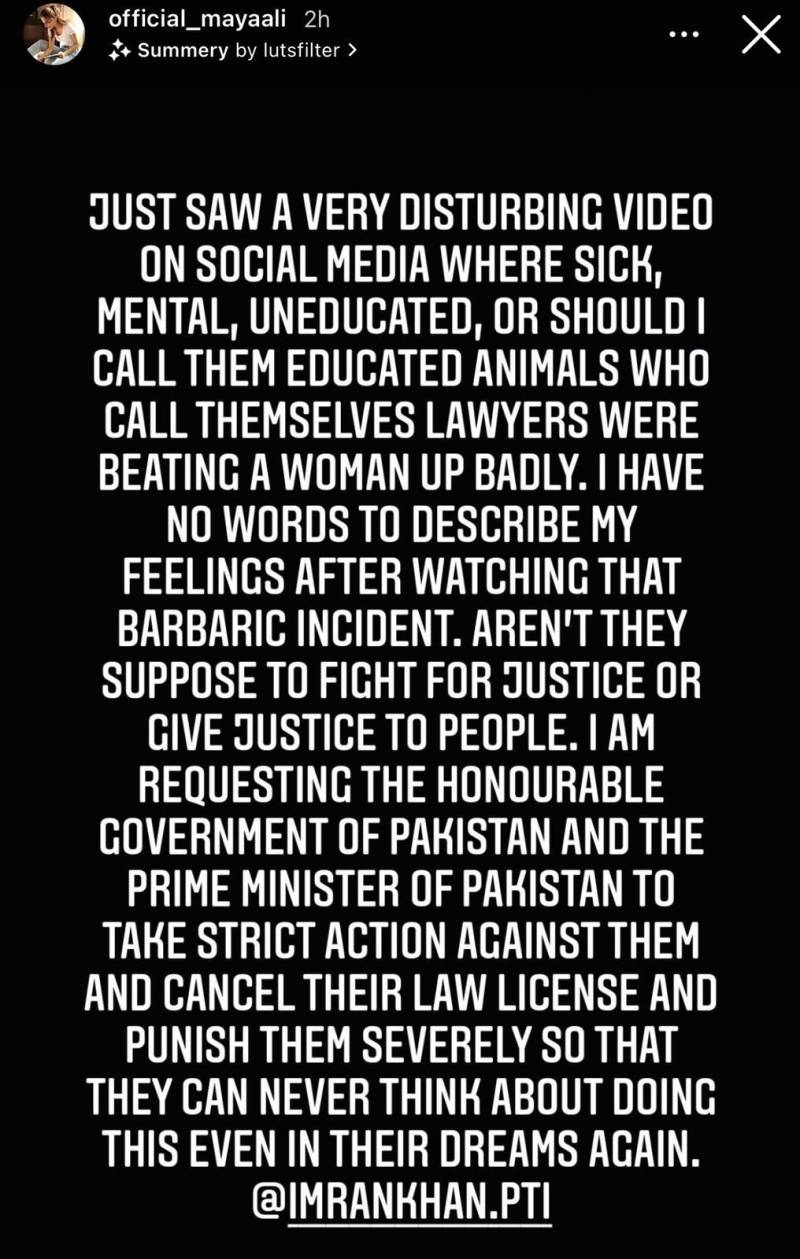 On the other hand, the Bulbulay star also shared a report of the incident on her story and simply wrote. “These are our courts. These are our lawyers,” Omar captioned. 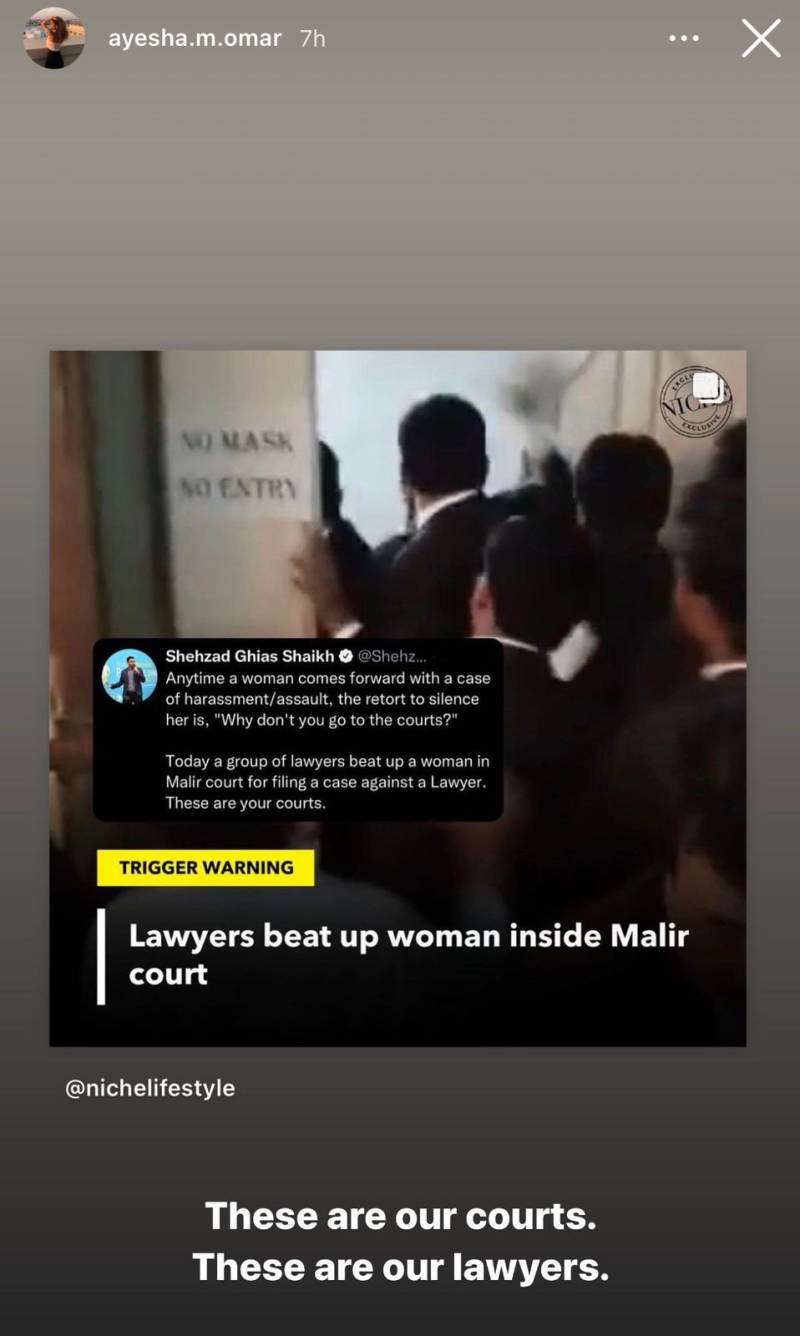 Moreover, the victim alongside her brother was there at the court in connection with a case she lodged against her ex-husband Advocate Hasnain about a dishonoured cheque.

However, the lawyers' allegedly tried to intimidate her through violent methods. The barbaric incident has been widely slammed by the majority as people want strict action against the culprits.

What does a multi-faceted enterprise do to showcase its new campaign? They collaborate with someone who can attune to ...