‘Storm in a teacup,’ NAB chief responds to criticism on financial recoveries 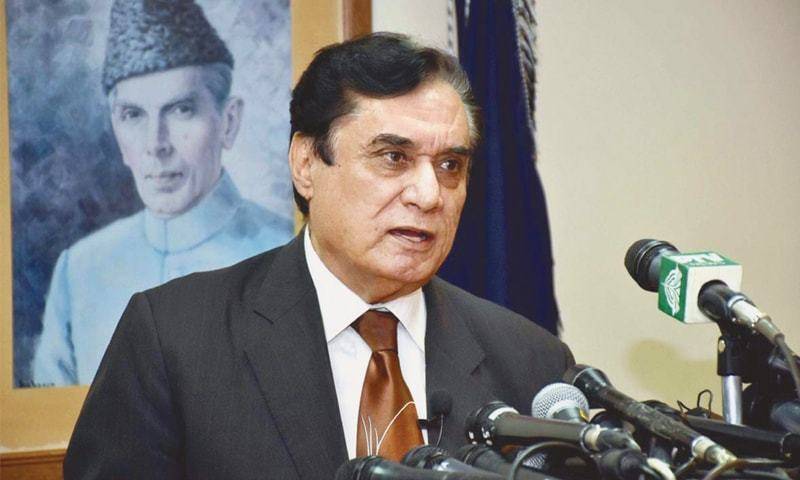 ISLAMABAD – National Accountability Bureau (NAB) Chairman Justice (retd) Javed Iqbal Thursday termed questions being raised about recoveries made by the anti-graft bust as an attempt to create storm in a teacup.

Earlier this month, the finance ministry disclosed that NAB recovered and deposited only Rs6.5 billion in the national kitty since its inception, in contrast to the watchdog’s claim of recovering over Rs821 billion. Later, lawmakers had called for an investigation into the matter.

Speaking at an event in Lahore, Javed Iqbal said that all recovered amount was not in shape of tangible currency that can be deposited in the kitty.

Bringing back the looted money is a tough task, he said, adding that the anti-corruption watchdog was being embroiled in different controversies as it made cases against powerful people over money laundering.

He rejected the allegations of supporting the government and questioned those who blame the anti-graft body for inaction against the ruling party.

He revealed that NAB retrieved land worth trillions of rupees in Gwadar, adding that the bureau has complete details of its direct and indirect recovery.

Talking about criticism on the institution, he said: “We welcome the criticism but it should be legitimate”.

He highlighted that action against corrupt NAB officials was taken within 48 hours after any misconduct emerged.

He urged people to join hands with NAB to eradicate corruption as on person or institution cannot achieve the goal.

RAWALPINDI – The National Assembly has approved the Protection of Journalists and Media Professionals Bill, ...