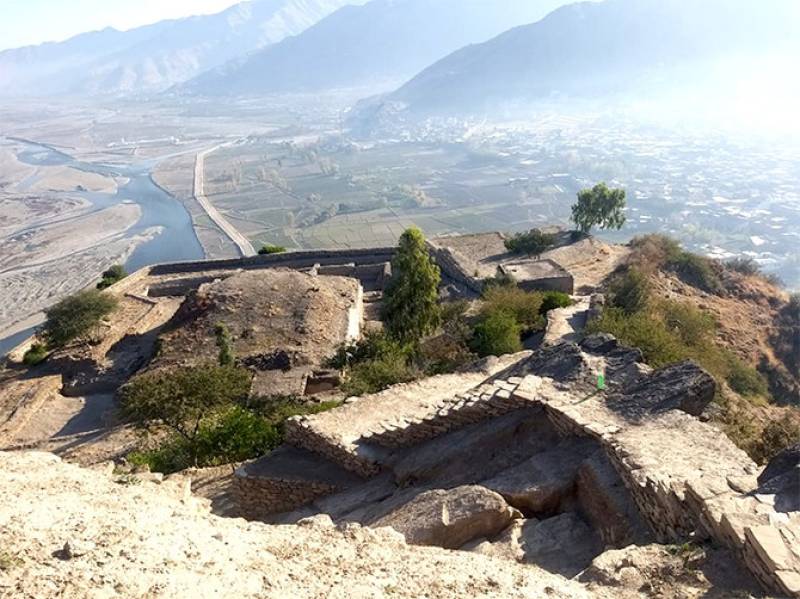 PESHAWAR – Pakistan's Khyber Pakhtunkhwa province is expecting an increase in tourism as recent archaeological works have unearthed new structures in the ancient city of Bazira that centuries ago was conquered by Alexander the Great.

Located in Barikot, in the middle of the Swat valley, Bazira has been excavated by the Italian Archaeological Mission to Pakistan since the 1970s.

Archaeologists say this month’s excavations help them understand the city’s structure as they have unearthed walls, bastions and stairs of a fort on the Ghwandai hill, at the foot of which Bazira urban settlements were built.

“The most important and recent discovery on the hill concerns three points, including the existence of a seventh-11th century Shahi-era fortress that defended a water reservoir for the temple and an earlier Kushan acropolis of which important monumental traces remain,” said Dr. Luca M. Olivieri, who leads the Italian mission.

The acropolis, where the archaeologists have also found small stupas from the first century BCE — among some of the oldest evidence of Buddhist worship in an urban area — was transformed to house a Hindu temple at the time of the Ghaznavid’s conquest of the town from Hindu-Shahi rulers, while a fortress was established on the summit to keep a watch on key areas of the Swat valley.

The fort has a huge water tank where bastions were built to protect it and the Vishnu Temple, a Hindu place of worship dedicated to Lord Vishnu, is also situated there.

“Today, about a tenth of the ancient city has been explored including the Vishnuite temple on the acropolis, the Shahi fortress conquered by the Ghaznavids in the 11th century,” Olivieri said.

Niaz Ali Shah, regional director at the Khyber Pakhtunkhwa archaeology and museums directorate in Swat which excavates the site with the Italian archaeologists, said that “stairs, drainage system, remains of walls and fortress and remains of a temple have been fully discovered.”