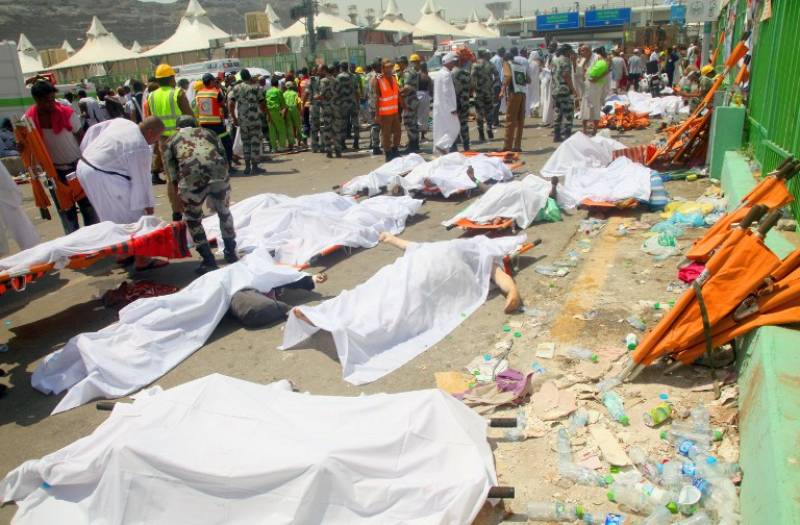 MINA (Web Desk) - Some Witnesses to the stampede at Mina that left 717 pilgrims dead on Thursday have blamed the Saudi authorities.

Meanwhile, a Lebanese newspaper reports the guard’s vicinity of the son of the Saudi King Salman bin Abdulaziz Al Saud in Mina provoked the rush that killed several travelers in the sacred city of Makkah.

The Arabic-dialect daily al-Diyar alleged in a report on Thursday that the caravan of Prince Mohammad bin Salman Al Saud assumed a central part in the savage pound on the third day of the yearly Haj journey prior in the day.

Witnesses are also of the view that the Saudi authorities were afraid to continue the rituals following the deaths by stampede.

The worst tragedy in 25 years at the annual Muslim pilgrimage occurred during the symbolic stoning of the devil at Mina, just outside the holy city of Makkah.

At least 717 people were killed and 863 people were hurt, spurring King Salman to order "a revision" of Haj organisation while authorities started a probe into the disaster. 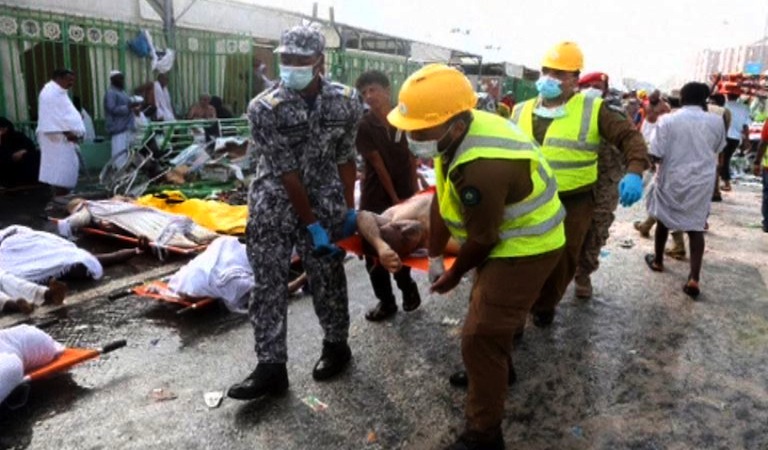 The report alleged that Salman, who had tried to go to the colossal social event of travelers in Mina, a large valley around five kilometers (three miles) from Makkah, touched base at the site early on Thursday joined by a huge escort.

The report said 200 armed force strengths and 150 cops escorted the prince. The sovereign’s vicinity amidst the populace provoked an adjustment toward the travelers’ direction and a rush, it added.

Another witness, 45-year-old Libyan Ahmed Abu Bakr, who escaped the stampede with his mother, said there was crowding. “The police had closed all entrances and exits to the pilgrims' camp, leaving only one.

"I saw dead bodies in front of me and injuries and suffocation. We removed the victims with the police." He added that police at the scene appeared inexperienced.

"They don't even know the roads and the places around here," he said.

Pilgrims in Mina stay in a complex of white fireproof tents big enough to hold more than two million people, and the interior ministry said it deployed 100,000 police to secure Haj, maintain safety and manage traffic and crowds. 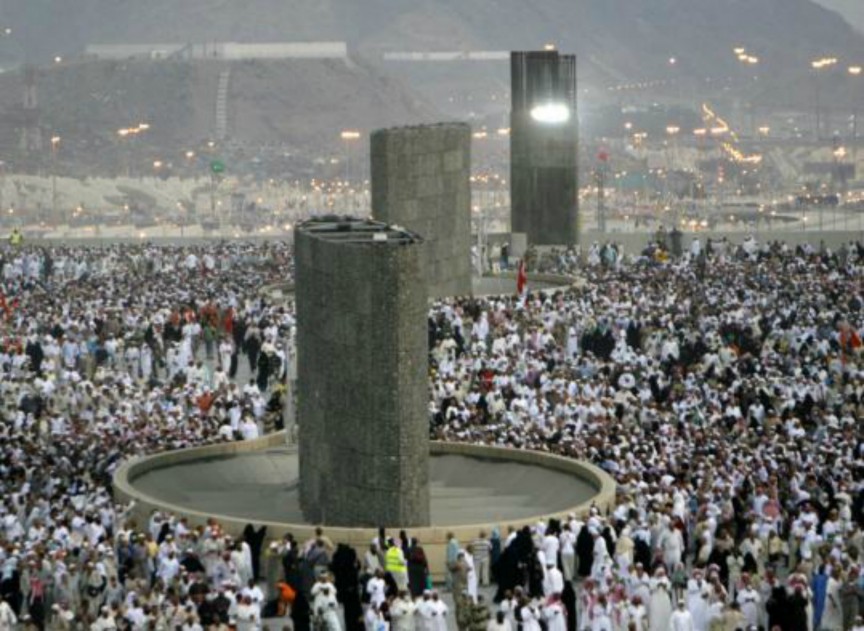 The stampede began at around 9:00 am (0600 GMT), shortly after the civil defence said on Twitter it was dealing with a "crowding" incident in Mina.

Interior ministry spokesman General Mansur al-Turki said the stampede was caused when "a large number of pilgrims were in motion at the same time" at an intersection of two streets in Mina. 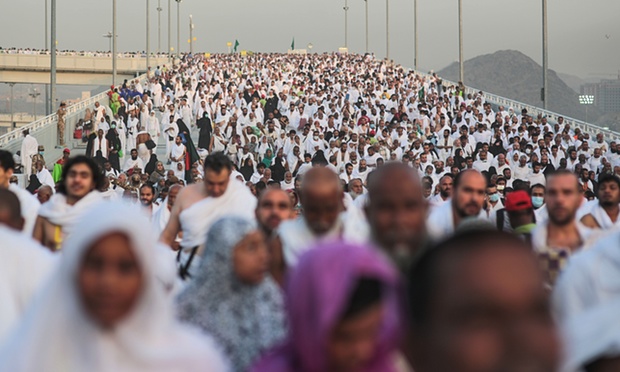 "The great heat and fatigue of the pilgrims contributed to the large number of victims," he said. Temperatures in Mina had reached 46 degrees Celsius (115 degrees Fahrenheit) Thursday.

One outspoken critic of redevelopment at the holy sites said despite the large numbers, police were not properly trained and lacked the language skills for communicating with foreign pilgrims, who make up the majority of those on the Haj. 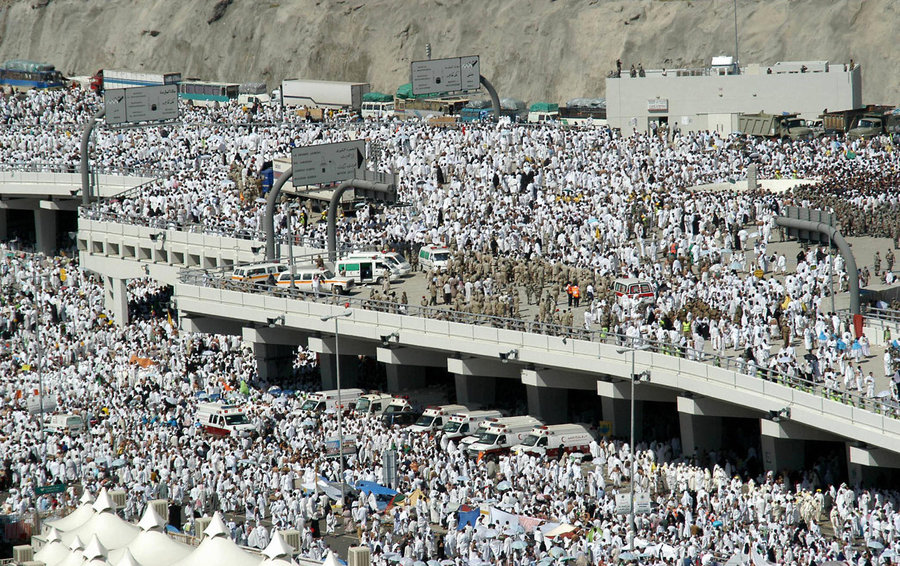 "They don't have a clue how to engage with these people," said Irfan al-Alawi, co-founder of the Makkah-based Islamic Heritage Research Foundation (IHRF). "There's no crowd control," Alawi said.

For years the event was marred by stampedes and fires, but it had been largely incident-free for nearly a decade following safety improvements. In the last major incident, in January 2006, 364 pilgrims were killed in a stampede during the stoning ritual, and in 1990, 1,426 mainly Asian pilgrims died in a tunnel stampede at Mina after a ventilation system failure.