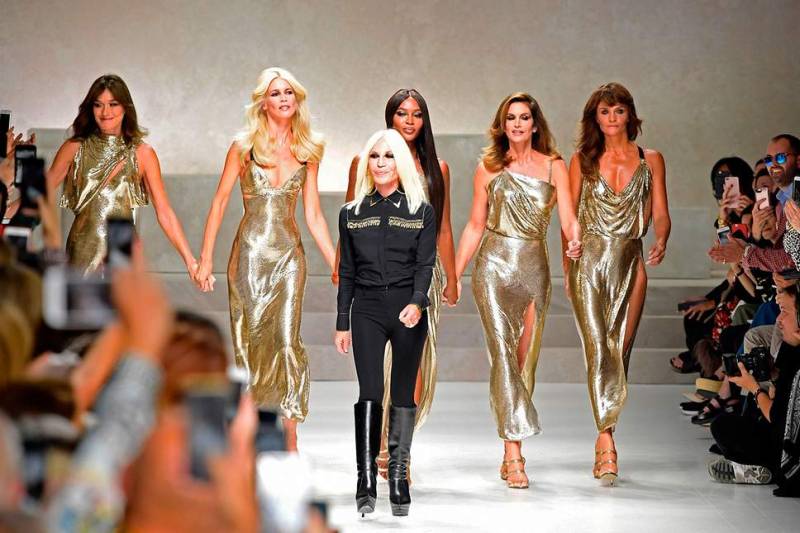 NEW YORK - Michael Kors is one of the prestigious fashion brands in the USA and reportedly this brand is going to buy Italy's famous brand Versace. Yes, you read it right!  Michael Kors already owns Jimmy Choo, is reportedly signing a deal to buy Gianni Versace SpA. Both parties are set to announce the deal as early as this week, according to the sources.

For Kors, best known for his affordable luxury handbags and his appearance as a judge on the hit design competition show Project Runway, this buyout is a significant step towards building a larger, more efficient holding business that would rival that of French heavyweight conglomerates LVMH (who owns Louis Vuitton, Fendi and Givenchy) and Kering (Gucci, Balenciaga and Saint Laurent).

While there hasn't been a similar American conglomerate that compares in terms of scale and resources, this could perhaps be the start of a new power-playing entity stateside. There have even been guessing games as to what Michael Kors would rename his holding company, should he choose to do so.

While Coach owner Tapestry has made moves to adopt a similar model, owning a European luxury fashion brand like Versace would give considerable clout and star power to an American fashion portfolio.

The Versace family have been the majority owners in the company since its inception, It's been a momentous 12 months for the Italian brand, starting with creative director Donatella Versace's Instagram-worthy tribute collection last September during Milan Fashion Week.

Michael Kors also announced last year it would go fur-free, which makes the Versace acquisition all the more in line with its values. On the other hand, Michael Kors the brand is trying to offset recent losses in sales by improving product quality and cutting back on discounting.

The Versace purchase would give the Kors Holding company more high fashion credibility in the luxury space. With the Jimmy Choo purchase already showing results for the brand's top line, Kors' ambitions for aggregating various luxury brands under one large successful group continues to take shape.

Till now Neither Versace nor Kors responded to a request for comment.