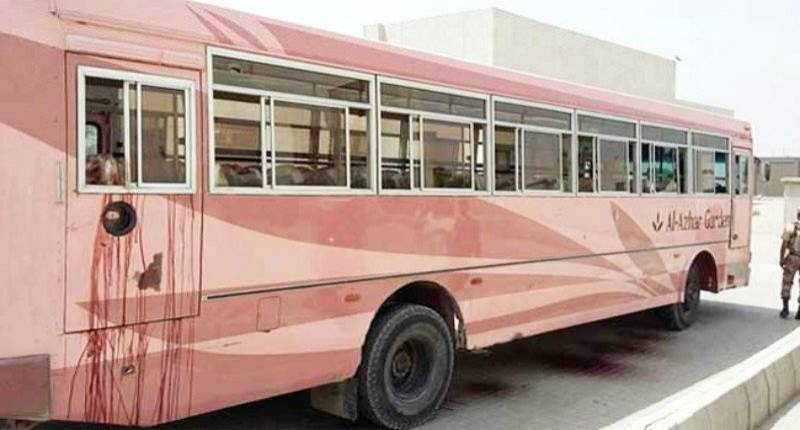 DADDU - The terrorist involved in the attack on a bus near Safoora Chowrangi in Karachi was arrested in Dadu district in Sindh on Tuesday, in a major breakthrough in the investigations.

Senior Superintendent of Police, Tanveer Tunio detailed that the terrorist Naveed alias Sharif is associated with banned al-Qaeda and was nabbed upon his return from Afghanistan.

The terrorist had been declared a fugitive by an anti-terrorism court, revealed the police officer.

The policeman conveyed that six cases were pending against the terrorist who is also accused of killing two policemen in Hyderabad in 2014.

KARACHI (Web Desk) - Investigations from the arrested suspects of the Safoora massacre case revealed that planning for ...

The Safoora Goth incident happened in May 2015 in which at least 47 members of the Ismaili community were killed when the bus carrying them came under the attack in Pakistan's southern metropolis.

Terrorists including Saad Aziz involved in the attack were awarded capital punishment by a military court in 2016.

The banned militant group Jundallah claimed responsibility for the shooting. The gunmen hailed from Afghanistan. Pamphlets supporting ISIL, with whom Jundallah claims allegiance, were also found at the crime scene.

However, the Pakistani government ruled out the connection of ISIL in the attack, stating that the group does not have a physical presence in the country.

Numerous Pakistani government and media reports have also claimed the backing of a foreign hand, mainly India’s Research and Analysis Wing, behind the attack though India denies all the allegations.