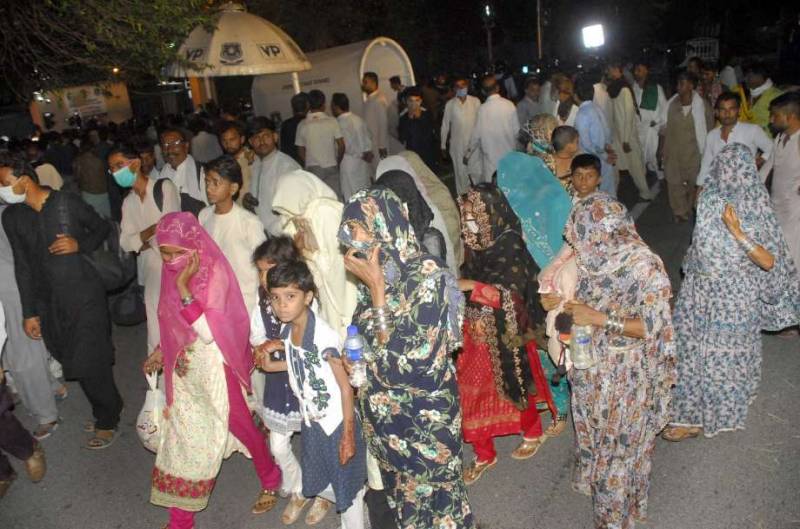 ISLAMABAD – A large number of Hindus from across the country have staged sit-in in front of the Indian High Commission in Islamabad to protest against mysterious death of 11 Pakistani Hindus in Jodhpur state of India, last month.

According to media reports, members of Hindu community, led by Member National Assembly (MNA) and Patron-in-Chief Pakistan Hindu Council Dr Ramesh Kumar, reached the federal capital late last night from Sindh, Khyber Pakhtunkhwa (KP) and various other parts of the country in a caravan and protested against the killings of Pakistani Hindus in India.

The participants of the sit-in chanted slogans against Indian Prime Minister Narendra Modi and the BJP government.

They demanded a transparent inquiry into the tragic incident from the Indian government.

They also called upon the international community to provide them justice.