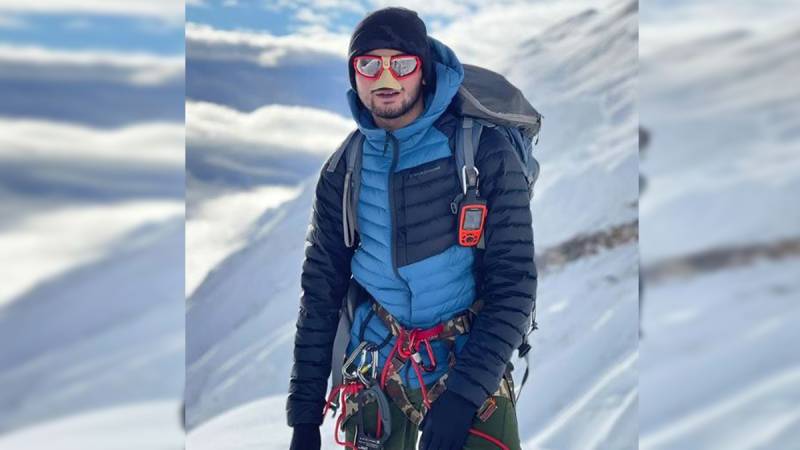 ISLAMABAD – Young Pakistani mountaineer Shehroze Kashif, who summit Everest and K2 this year, has achieved another feat as the 19-year-old becomes the youngest Pakistani to conquer Manaslu.

With the latest summit, the 'Broad Boy' has added another feather to his cap as he is now the world’s youngest person to summit three peaks of over 8,000 meters in five months duration.

Meanwhile, Sheroze’s father while speaking with the media said his son is safe and sound and will return to the base camp within two days.

On the other hand, Punjab Sports Minister Rai Taimoor Khan said Shehroze made an unprecedented example of courage at a tender age. Khan also felicitated him for making Pakistan proud.

The young achiever climbed at the age of 11, summiting the 3,885meters Makra Peak. He also climbed Musa ka Massalah at age 12, other than Chembra Peak and Manglik Sar Shimshal.

He also climbed Broad peak which gave him the title of 'The Broad Boy' and reached the peak of Khusar Gang-Alpine Style (6,050m) at 18 years of age.

LAHORE – The family of young Pakistani mountaineer Shehroze Kashif was deprived of Rs285,000 by fraudsters who ...