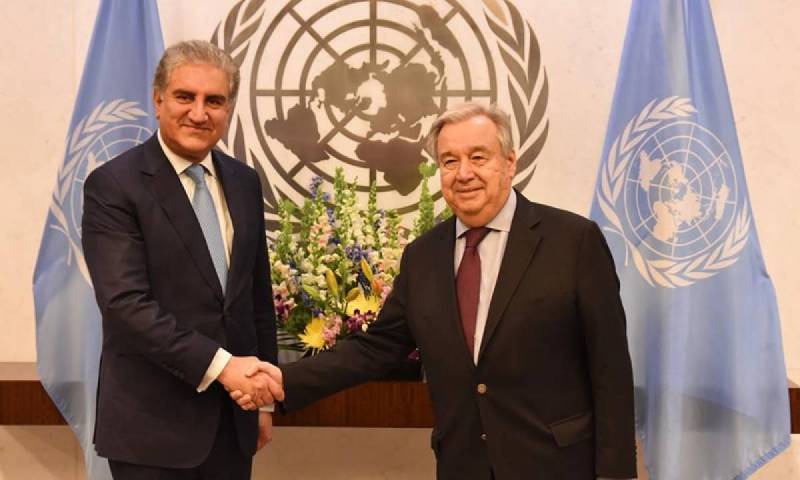 According to the Foreign Office, Qureshi apprised the UN top officials about the human rights violations in Illegally Indian Occupied Jammu and Kashmir (IIOJK).

During the separate meetings, both sides exchanged major developments in the region and on other issues of common concern, in particular war-ravaged Afghanistan.

FM also stressed to resolve the Kashmir issue in accordance with the UN Charter and Security Council resolutions. In addition, he also called for pressurizing the Indian government to achieve self-determination for the Kashmiris.

Besides highlighting the inhumane situation, Qureshi also briefed Antonio Guterres about Pakistan’s assistance in the safe evacuation and relocation of UN and international staff from the Afghan capital.

NEW YORK – Prime Minister Imran Khan Friday called for efforts to stabilize the new Afghan setup as it is the ...

In wake of the alarming situation, he reiterated immediate steps to provide humanitarian and financial assistance to the war-torn country.

A statement by the United Nations stated the Secretary-General hailed Pakistan’s assistance for the work of the UN, particularly in its successful presidency of the United Nations Economic and Social Council and in UN peace operations.