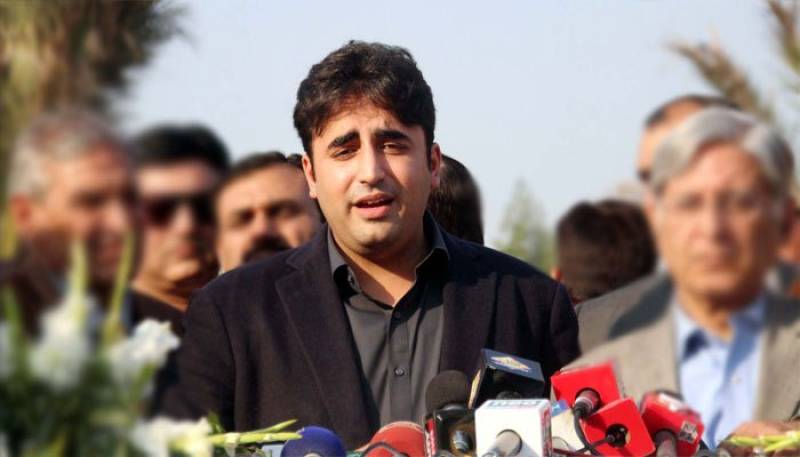 Addressing a press conference in Islamabad on Wednesday, the PPP supremo declared Imran Khan's party, a legacy of Musharraf, and chided Sharifs by terming them heirs of Ziaul Haq.

"I do not want to work either with Nawaz Sharif or with Imran Khan because they are two different people, but do same politics, have similar political philosophy and economic policies and I am fighting against them," vowed Bilawal.

Bilawal said his party was in contact with other parties to nominate the caretaker setup.

The 29-years-old politician advised embattled PML-N to avoid confrontation with the state institutions, saying that it was not in wider interest of the country.

Regarding the presentation of sixth budget,  Bilawal said his party would oppose the move, adding that PML-N had constitutional right to present only five budgets and sixth budget was tantamount to pre-poll rigging.

"PML-N should have left the next budget for the new government to be instituted after general elections," said the PPP chief.

When asked about the party leaders defecting to PTI and PML-N, Bilawal took a soft stance and replied that the culture of turncoats was not a healthy trend for democracy.

Bilawal also opposed scrapping of NAB at this juncture, as proposed by former Prime Minister Nawaz Sharif and asserted that PPP would improve the NAB laws.