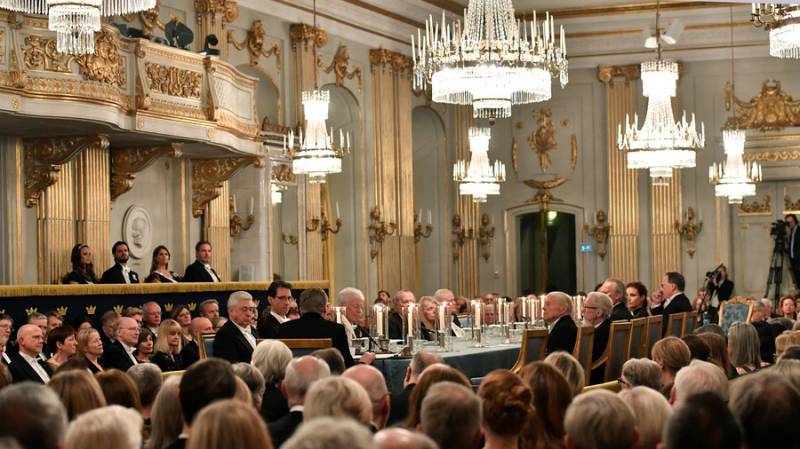 STOCKHOLM - The Swedish Academy, plunged into crisis over allegations of rape and sexual assault by the husband of one its members, may postpone the 2018 Nobel Literature Prize, Swedish Radio reported today. “We’re thinking about it. We’ll let you know soon,” said Anders Olsson, the Academy’s interim permanent secretary.

According to Swedish Radio, several members of the Academy have suggested reserving this year’s prize and awarding it alongside the 2019 prize next year. “Given the situation the Academy currently finds itself in and given the best interests of the prize, it might be best to postpone it for a year,” said Peter Englund.

Englund is one of five Academy members who have stepped down in recent weeks over the scandal, including permanent secretary Sara Danius. But another member, Goran Malmqvist, rejected the notion, telling news agency TT it would go ahead as planned this year.

Technically, the Academy’s 18 members are appointed for life and cannot resign, but they can choose not to participate in its meetings and decisions. Currently, a total of seven are no longer active members which poses a real headache: according to its statutes, 12 members are needed in order to vote in a new member.

Sweden’s King Carl XVI Gustaf, who is the patron of the Academy founded in 1786, has agreed to change the statutes to allow members to resign and be replaced, thereby ensuring the institution’s survival.

The scandal centres on allegations by 18 women in November -- in the wake of the #MeToo campaign -- that they had been subject to sexual harassment and assault by Jean-Claude Arnault, the French husband of Academy member and poet Katarina Frostenson. Arnault denies the allegations.

After the women spoke out in the media, the Academy cut all ties with Arnault’s cultural club Forum in Stockholm, which it had subsidised for years and which was a key meeting point for the country’s cultural elite. But the affair divided the Academy, with disagreement on how to draw a line under the row, and on what measures to take after a report it commissioned revealed conflicts of interest and the fact that Academy members leaked Nobel winners’ names.