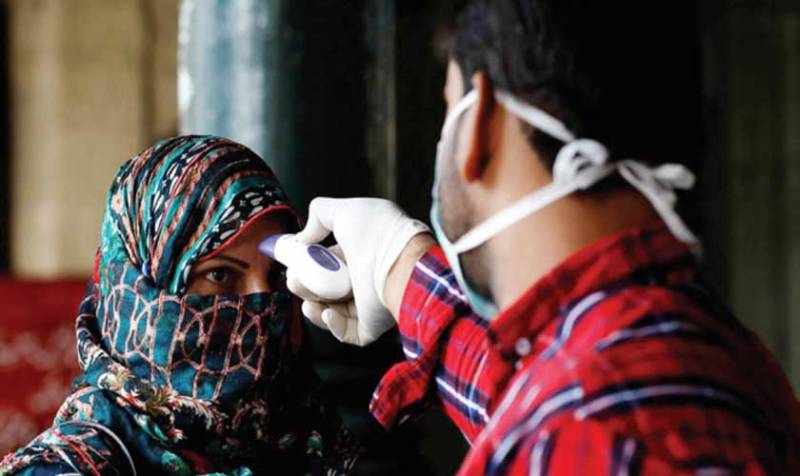 MUZAFFARABAD – The tally of COVID- 19 patients in Azad Jammu and Kashmir (AJK) has reached to 59 as 4 more cases including two media worker were reported positive in Muzaffarabad yesterday, spokesperson of the government Dr Mustafa Bashir said.

The spokesperson said 15 suspected people were tested yesterday for Covid-19 who had a contact history of a positive case, out of which 4 including 2 officials and media workers were found positive while results of two others were neither positive nor negative.

Contacts of all these people were isolated and quarantined at home while building of central Press club was closed after two media worker tested positive, the spokesperson added.

The two official tested positive are in personal staff of Minister Health Dr. Najeeb Naqi and Naqi driver was already tested positive while the media person had conducted an interview with the minister. However, the minister and members of his family were tested negative two days earlier after their driver found positive.

"Probably the Minister's private secretary and PRO contracted the virus his driver who infected somewhere in Islamabad while the media person remain sitting with PS at his office before the interview of Minister," Spokesperson added.