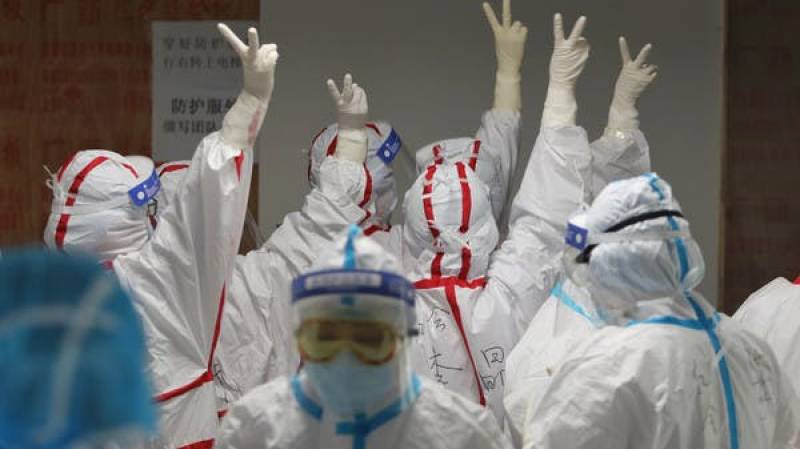 ISLAMABAD – All the remaining Covid-19 patients in hospitals in Wuhan, the central China city hardest hit by the epidemic, have recovered from novel coronavirus, Spokesperson for China’s National Health Commission said on Sunday.

As of Sunday, no Covid-19 patient remains in hospital in the city, he said during a press briefing.

The milestone was made possible thanks to the unremitting, painstaking efforts of medical workers in Wuhan and those from across the country who have come to help, he added.

The last patient in serious condition in Wuhan was cured Friday, reducing the number of such patients in the city to zero.

In Hubei province, of which Wuhan is the capital, the number of existing Covid-19 cases has dropped below 50 for the first time. No new confirmed cases of the disease have been reported for over 20 days in the province.

The city had reported 46,452 cases, more than half of China’s total cases. There have been 3,869 deaths in Wuhan, which account for 84 per cent of the national death toll.

Wuhan and the province of Hubei were put in lockdown near the end of January, with roads sealed, trains and planes cancelled and residents unable to move freely for more than two months. The city is still testing residents regularly despite relaxing the restrictions.

Meanwhile, China has reported a total of 82,827 confirmed cases including 1,634 imported cases by Saturday, of which 801 patients were still being treated and 77,394 people had been discharged from hospitals after recovery. China’s Covid-19 death toll now stands at 4,642

The global confirmed Covid-19 cases have topped 2.8 million, with the death toll surpassing 203,000, according to latest statistics released by Johns Hopkins University.