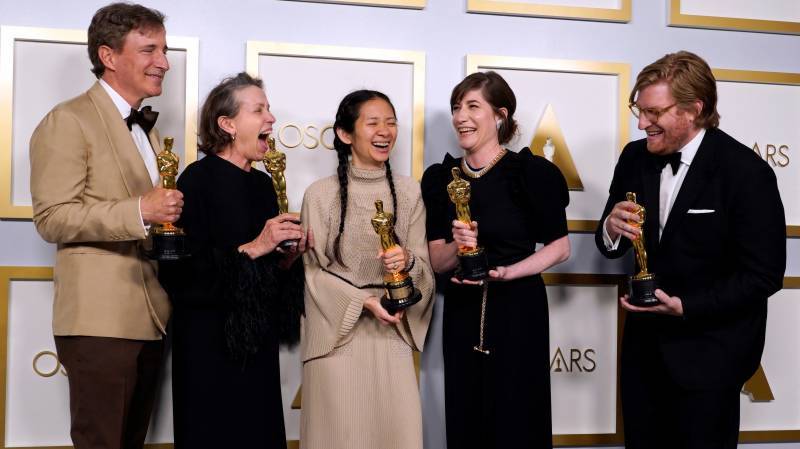 The Academy of Motion Picture Arts and Sciences handed out Oscars, the film industry's top honours, at the 93rd annual Academy Awards on Sunday.

Kicking off an in-person ceremony with a starry list in attendance to a traditional fashion parade with a major chunk of the industry’s top names attending, the socially distanced ceremony had quite a few surprises in store.

With some well-deserved victories like Chloé Zhao winning best director with her drama about van-dwellers to some peculiarly surprising wins of  Anthony Hopkins emerging victor for his role in The Father, a drama about dementia.

Daniel Kaluuya won the award for best supporting actor for his role as the Black Panther beating out his co-star LaKeith Stanfield, who was also nominated.

The big difference in the historically white male-dominated event saw multiple wins for women and people of colour which came as a breath of fresh air.

The Trial of the Chicago 7

Judas and the Black Messiah

News of the World

The Trial of the Chicago 7

News of the World

“Fight for You” – Judas and the Black Messiah

“Hear My Voice” – The Trial of the Chicago 7

If Anything Happens I Love You

Last year’s ceremony was the least-watched of all time but this year’s awards arrive after ratings have plummeted for both the Golden Globes and the Grammys.

British-Pakistani actor Riz Ahmed spectacular portrayal of a drummer might have earned him Oscar's nomination but ...