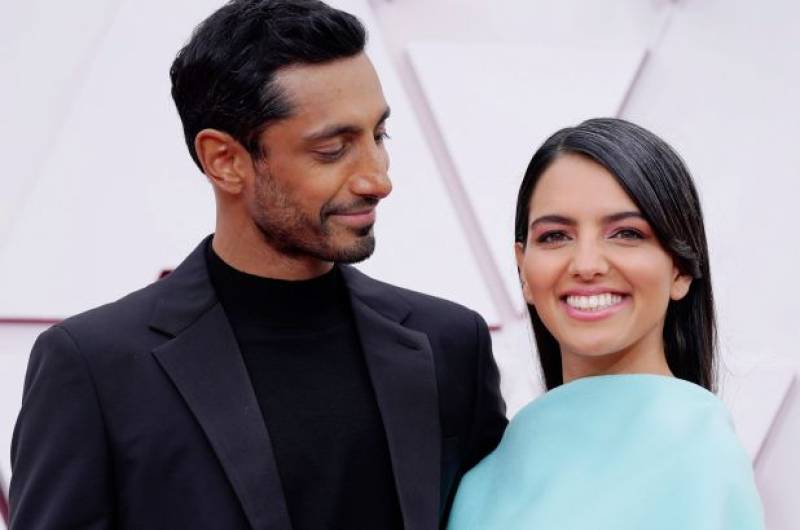 British-Pakistani actor Riz Ahmed spectacular portrayal of a drummer might have earned him Oscar's nomination but albeit all, his persona of the perfect husband has won the Internet.

Stealing the limelight with his romantic gesture during his appearance with wife Fatima Farheen Mirza at the 93rd Academy Awards, the couple's interaction captured on camera has established major couple goals

Ahmed looked dashing in an all-black Prada suit, while his wife Fatime excluded utmost grace in a flowy turquoise gown.

Pardoning a moment and styling his wife's hair on the red carpet he joked "I'm the official groomer,".

Twitter has been raving about the adorable interaction as netizens poured their heart out flooding the microblogging site with posts.

Not Riz Ahmed pausing the Oscars red carpet to fix his wife’s hair WHAT A PERFECT HUMAN pic.twitter.com/sc5m1ldHuC

I wish us all a very “Riz Ahmed Fixing Our Hair for the Perfect Pic” kinda love pic.twitter.com/DKAiuXNUXR

I still can’t get over this. Riz ahmed raising the bar on so many levels. ???????? pic.twitter.com/XGl3MvNIvC

His spectacular portrayal of a drummer who begins to lose his hearing has lead to him being nominated for the Oscar lead actor. Earlier, he bagged a Golden Globe nomination for "Sound of Metal" earlier this year.

British-Pakistani actor Riz Ahmed has made history by becoming the first Muslim to be nominated in the leading actor ...