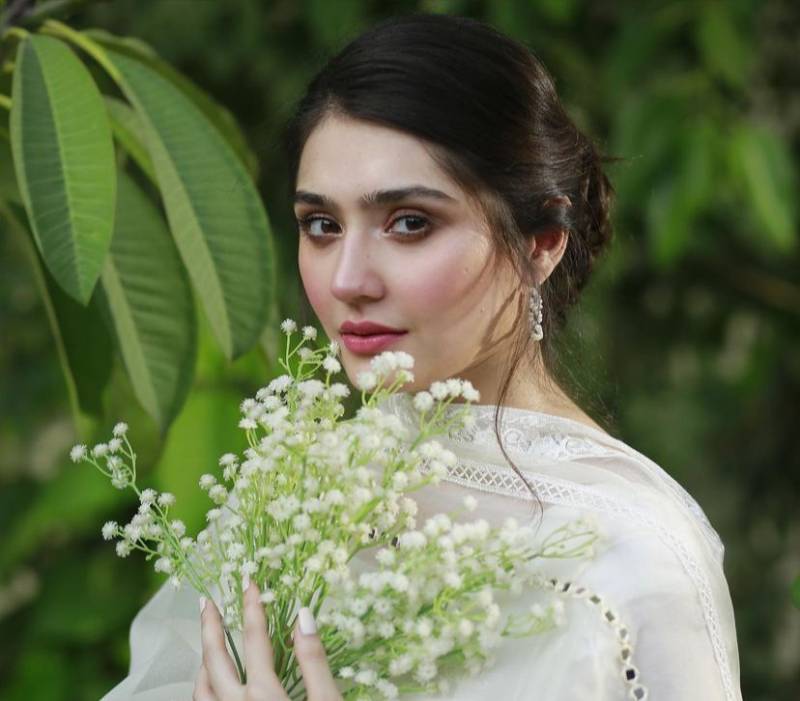 Despite being a relatively new face in the world of glitz and glam, the gorgeous Dur-e-Fishan Saleem has proved to be quite the star performer.

This comes as no surprise given that the young actress is drop-dead gorgeous and her strong onscreen presence proves that she is a force to be reckoned with.

In her recent tell-it-all interview with Something Haute, the Bharas star got candid about her journey in bagging lead roles and what's in store for her in future.

The DilRuba actor has been part of the industry for barely two years but she has already worked in three dramas and signed two feature films along with two web series for ZEE5.

With multiple projects in the pipeline, she revealed, “I have signed two films but I might not do one of them because of my personal reasons. I want to do a film that is a representation of our culture. I have some issues regarding revealing clothes, item number and all that stuff.”

While talking about her reservations regarding item number, Dur-e-Fishan explained,  “I want to work in a film, without having an item number in it. My concern at the moment is with myself that I don’t want to perform an item number in films, but the one’s who are doing it’s as to them."

Delving into details about her upcoming web series, she said that one of the web series is directed by Haseeb Hassan and she will play a negative character alongside Zara Noor Abbas, Wahaj Ali and Yasra Rizvi.

On the work front, Dur-e-Fishan has been highly praised for her performance in Pardes which also Affan Waheed, Shaista Lodhi, Gohar Rasheed and Sarmad Khoosat in lead roles.

Amid the escalating tensions between Pakistan and India, many artists were forbidden to interact or work with their ...