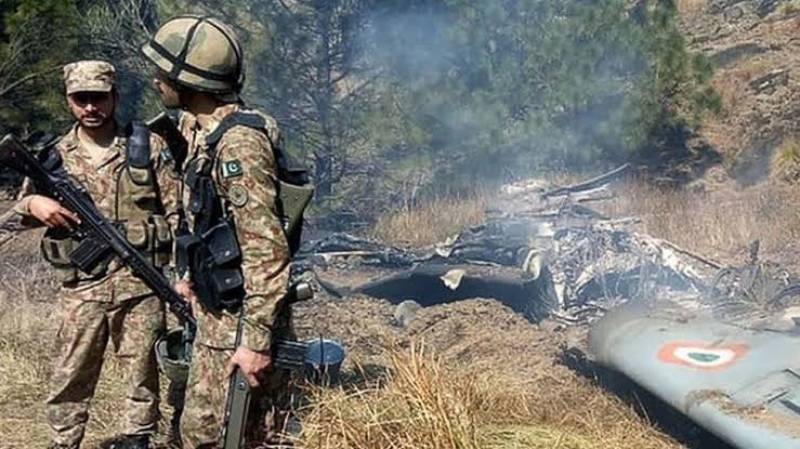 ISLAMABAD - Pakistan on Wednesday launched a documentary titled ‘Invincible Resolve,’ showing a befitting response it gave to hostile India on February 27 the last year in the wake of airspace violation and Balakot attack.

The 12-minute duration documentary contained Indian leadership’s threatening statements [after the Pulwama incident], Prime Minister Imran Khan’s offer to probe it asking [India] to share actionable intelligence and warning to retaliate in case of any aggression, violation of Pakistan’s airspace by Indian aircraft and Pakistan Air Force (PAF) response that proved its mettle by shooting down two Indian jets and arresting a pilot, who was later released as a goodwill gesture.

Addressing the launching ceremony at the Press Information Department, Special Assistant to the Prime Minister (SAPM) on Information and Broadcasting Dr Firdous Ashiq Awan said a true picture of Pakistan’s brave nation had been portrayed in the documentary.

She said the broadcast gave a glimpse of Pakistan’s national narrative for peace and an impregnable defence that was proven by the PAF on February 27, 2019.

She said Prime Minister Imran Khan had, time and again, apprised the world that Pakistan wanted peace but this desire should not be taken as its weakness.

By shooting down the two Indian jets, the SAPM said Pakistan had given a clear message that it would keep giving the February-27 like surprises to its enemies in future if needed.

She said peace-desire was the important component of Pakistan’s national narrative, adding “We believe in peace and co-existence.”

Dr Firdous said PM Imran Khan had set a good precedent by releasing the arrested Indian pilot, which was in line with the Islamic values and the spirit of Madinah state.

The SAPM said the minorities, living in India, were facing injustice, brutalities and human rights violations, which reflected the ‘Hindutva’ mindset of Indian leadership.

Today, she said, the world was witnessing the real face of so-called secular India as religious places of Muslims were not secure there and their youth were being killed brutally on the streets of New Delhi.

She said the US President Donald Trump, during his visit to India, had acknowledged Pakistan’s role in the fight against terrorism before PM Modi and Indian leadership. And the way, he [Trump] lauded PM Imran, his policies and efforts for regional peace, was a moment of ‘pride’ for the entire nation, as India always attempted to portray Pakistan’s negative face in the world by linking it with terrorism.

She paid tribute the Pakistan Armed Forces for making the country’s defence impregnable, adding the entire nation stood by their forces shoulder-to-shoulder.