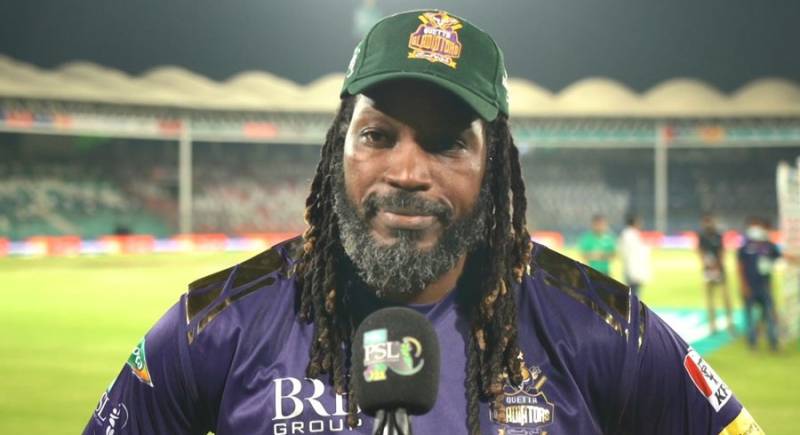 PSL 6 is definitely a solid entertainment for the cricket buffs!

From upbeat pop anthems to the hype of team ambassadors, the league is full of surprises as another challenge has the internet rolling with laughter.

A hilarious clip of the 'Universe Boss' Chris Gayle has surfaced on the web in which the 41-year-old cricketer take on the unique test - 'Shalwar Challenge'.

Taking to Twitter, the PSL official account shared a video of a dishevelled Chris struggling to put a drawstring in a shalwar within record time.

Watch to find out how fast Chris Gayle can prep a traditional shalwar. @henrygayle

Keeping up with his sportsman spirit, he accepts the challenge but as soon he gets into action the width of the shalwar's waistband shocks him.

"What?? Whose waist is this," the player asks upon seeing the shalwar. Even after he starts putting drawstring in the shalwar, he continues to express his shock at the width.

"This person eats too much!! I don't know what this person has been eating,[Is this] extra large It's gotta be a joke." the cricketer says.

In the end, Gayle wears the shalwar without pulling the drawstring as he bursts into laughter.

As for the bloopers, the cricketer not only grappled to wear traditional attire but also got helping hands to wear it successfully.

The PSL fever is here to stay with cricket fans over the moon, as the cricket matches kick in style. PSL 6's Quetta ...